Share All sharing options for: AT&T files T-Mobile merger documentation with the FCC --the highlights

AT&T formally kicked off the T-Mobile merger process today by filing its first supporting documents with the FCC. At 381 pages, it's a monster -- it lays out AT&T's groundwork for the merger, argues that it will actually help competitiveness in the wireless industry, and promises that rural customers will ultimately be better served. In other words, everything AT&T's said all along.

We've broken down the document with some light analysis after the break, so you should definitely grab the PDF and follow along -- one way or another, this transaction is going to fundamentally change the US mobile market, and it's critical to understand all the angles.

Introduction, or how America is addicted to data

The gist of the entire merger is AT&T's claim that this is the quickest path to relief of the country's explosive growth in data consumption over the past several years -- growth that is expected to continue unabated for years to come. Unfortunately, they weren't shy redacting the public version of the filing, so a lot of the juiciest info is missing, but there's still some revealing data to be found: 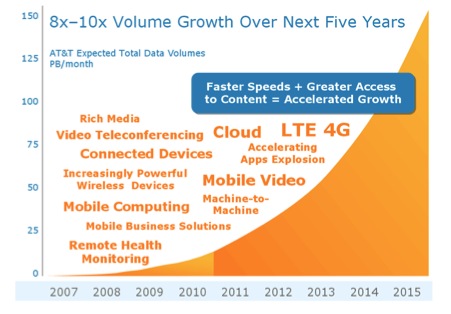 How AT&T thinks T-Mobile can help

AT&T says that it expects to have insufficient capacity to handle traffic or build out LTE in a variety of cities at some point in the future, but -- as before -- all of the details are redacted. Thanks a lot, AT&T. (We'd also point out that AT&T is already sitting on massive caches of 700MHz and AWS spectrum and will be getting more through its Qualcomm deal, so this is a pretty tricky part of the case to build.)

AT&T's main argument is relatively simple: although a merger with T-Mobile won't create any more spectrum -- rather, combining the two company's spectrum holdings will enable all of it to be used more efficiently and ultimately serve more people. This is broken up into a number of sub-arguments:

"In short, this transaction is the most pro-consumer solution to the critical capacity challenges facing these two companies. It is also the most pro-innovation and pro-investment solution for America." It is not clear whether hard copies of the filings come with miniature American flags, but they should.

In the "sum is greater than the parts" department, AT&T also talks up its COWs -- mobile cell sites that can be deployed to disaster areas or to temporary crowds where service is suffering -- as an example of its emergency preparedness, specifically citing its response to Hurricane Ike in 2008. Likewise, it praises T-Mobile's response to Katrina in 2005, saying the pair's "combined emergency-preparedness initiatives will provide customers with more robust disaster recovery capabilities than they would receive in the absence of this transaction." 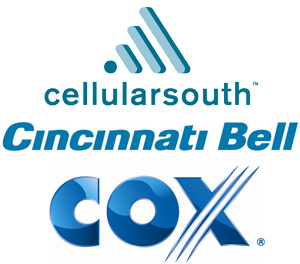 Oh, but don't worry -- AT&T will still have major competition in the market! This might be funniest part of the filing, because in addition to calling out Verizon as a strong future competitor, AT&T also has to big-up vastly smaller players like Sprint and MetroPCS. Let's walk through them.

The company also points to Android as both a cause and effect of "intense competition" within the industry, saying that the operating system is innovative and offers many apps, but that its "extraordinarily rapid growth is also due to the fierce rivalry among wireless service providers."

AT&T CTO John Donovan says that the merger will give the company "sufficient" spectrum to support its new LTE network prior to the next round of spectrum auctions, "which will further enhance innovators’ confidence in deploying new devices and services on AT&T’s LTE network," which -- in turn -- would "increase pressure on AT&T’s facilities-based wireless broadband competitors, including Verizon, Sprint, Clearwire, MetroPCS, Leap, and LightSquared, among others, to press for increased innovation on their own networks."

Only AT&T can rescue T-Mobile from itself

The craziest bits in the entire filing may be AT&T's repeated putdowns of T-Mobile, saying that the carrier's "absence from the marketplace will not have a significant competitive impact, particularly vis-à-vis AT&T." Burn! The company says that it's too busy worrying about Verizon, Sprint, and "rapidly growing mavericks like MetroPCS and Leap and other providers," which have already started to "replace the diminished market role T-Mobile plays today." In general, building the case for the merger puts AT&T in an extremely awkward position, because it needs to explain both why it'll be in a bad spot if it can't make jam the deal through -- something corporate spin doctors never like to do -- and downplay the competitive relevance of the company it's trying to buy.

We'd wrap this up with a conclusion, but AT&T's already handled it for us. "Simply put, AT&T does not generally focus its competitive energies on T-Mobile USA because in our view: 1) T-Mobile USA does not have a strong differentiating network claim; 2) it does not have a marquee device portfolio; and 3) its emphasis on lower, but not the lowest, prices has not resulted in T-Mobile USA winning customers away from AT&T on a net basis." T-Mobile: it sucks so bad, AT&T wants to spend $39 billion on it.

What about that 700MHz space that AT&T's buying from Qualcomm -- the spectrum formerly used for FLO TV? 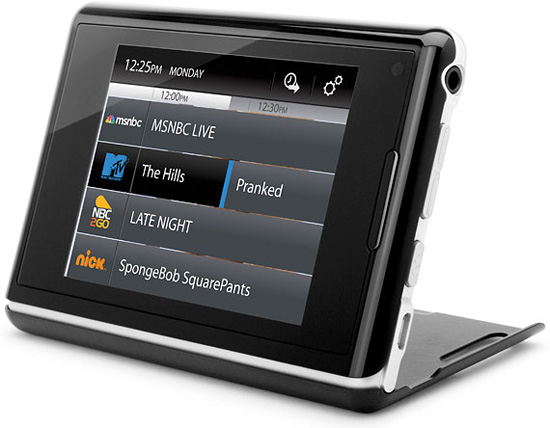 Turns out the FLO spectrum is unpaired, which is kind of like the data equivalent of a half-duplex speakerphone. "Although technological advances will allow unpaired spectrum to be integrated into two-way wireless technologies to supplement downlink capacity, the technical specifications for doing so in LTE will not be developed until 2012, and equipment manufacturers will then need substantial time to design, test, and build the relevant equipment. As a result, this spectrum likely will not be available until 2014 at the earliest."

One hot button AT&T's definitely pressing in this filing is the government's push for ubiquitous broadband, a goal the company says this merger will help meet.