Sure, we know all about Lenovo's ThinkPad Tablet (or Think Slate) now, but it appears there's yet another Honeycomb tablet in store from the Chinese computer manufacturer. Included in the rather hefty PowerPoint deck we got over the weekend was the timeline above, which not only shows the release schedule for the Skylight tablet (the Le Pad overseas) and U1 but also reveals a forthcoming 7-inch Lenovo Honeycomb tablet. Unfortunately, this was the only mention of this tablet in the documents so all we really know is what you see above -- it's going to have a dual-core ARM processor, 7-inch 1280x800-resolution display (which is bound to make one Pixel Density Enthusiast extremely happy), and Android 3.0 with Le OS or Lenovo's UI. The image of the tablet itself looks like it's just a placeholder, and since these slides are about a month or two old, that certainty makes sense with this product pegged for a Q4 release. Like we said, its not much, but we're certainly game for another 7-inch Honeycomb tablet... we just wish we didn't have to wait until the holidays. Hit the gallery after the break for a closer look at the slide. 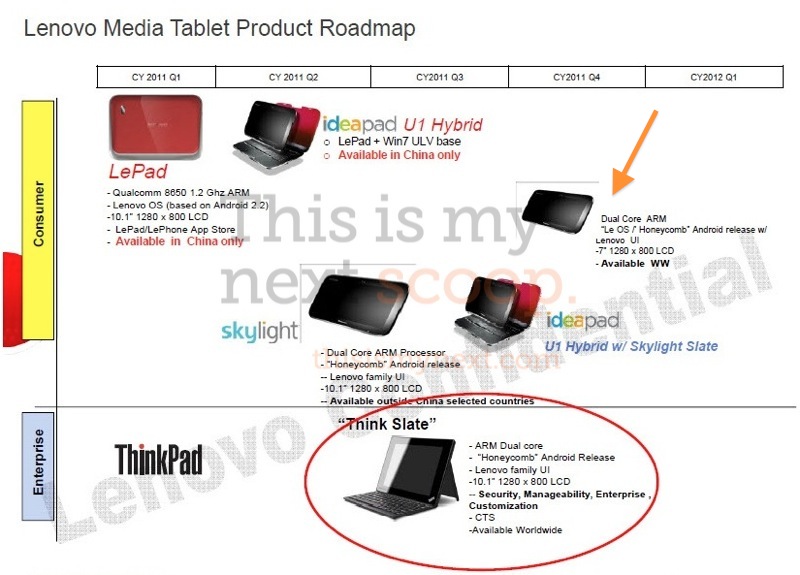