It looks like Google really is getting into the retail / swipe-to-pay game in a big way. Today the company announced two new services, Google Wallet and Google Offers, both aimed to serve retail shoppers everywhere. MasterCard and other high-level partners will be involved with Google Wallet, including 20,000 retail merchants at launch. It looks as though Google will snap up those businesses quickly because of the service's compatibility with MasterCard's PayPass. Citibank, Sprint, and First Data are also signing up. It looks like Footlocker, Subway, Sports Authority, Toys R Us, American Eagle, Walgreens, Macys, Jamba Juice, Bloomingdales, Peet's, Guess, Duane Reade, RadioShack, Jack In The Box, and Sunoco will get into the mix as well. The service supports multiple credit cards, with automatic support for Citibank MasterCards -- and you can also save your retailer loyalty cards as well. (You'll even eventually be able to put your driver's license in Wallet eventually, which is both amazing and terrifying.) Google says the service is "more secure" than a credit card because of screen locking, use of PIN, and the fact that the full card number is never revealed. You'll be able to individually activate and deactivate cards, and for users without any credit cards, Google will offer something called the GCard -- a pre-paid MasterCard debit card that you can refill online.The Wallet Android app will be able to do all sorts of fun things like match up your shopping lists with offers and coupons for participating stores. You'll also be able to sign up for retailer loyalty programs right from the app. You won't have to open the app to make purchases, but you can breathe easy about pocket-buying -- the NFC chip in the Nexus S is disabled when the screen is off. 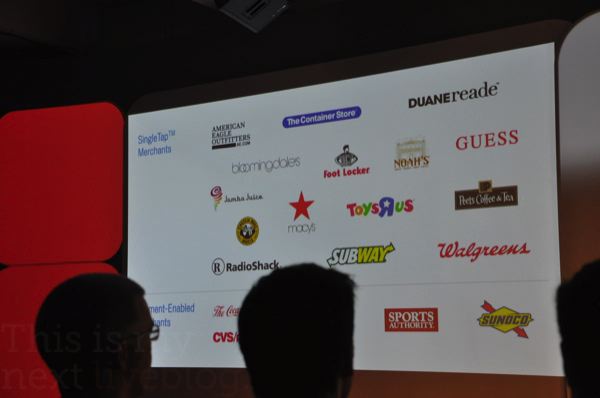 Field testing of the service will start today in San Francisco and New York, with an official release this summer and additional markets coming online over the next few months. Come fall, the service will also feature digital receipts that transfer back to your phone, which sounds amazingly convenient. Signing up for Wallet and Offers is free to retailers, so even the smallest merchants can put loyalty programs and offers in the app. Google's also working on an API for banks and retailers to extend the service farther.

Google Offers looks like Google's answer to Groupon, with check-in offers, offers in ads, and location-based offers. So many offers! Apparently if you find an offer on the web, you'll be able to "save to Wallet" and the deal will sync across your devices. We're getting the news as it happens in our liveblog, so stay tuned for more info!