It isn't Computex without a Chipzilla keynote, and in just a few hours Intel VP Sean Maloney will take the stage in Taipei to discuss the company's mobile developments. Typically Intel uses the show as a launchpad for future computing trends (see: netbooks), and this year is no different. Its first big announcement involves the unveil of a "new laptop category" based on Sandy Bridge processors — or what Intel hopes you'll take to calling "ultrabooks." The other involves Atom chips, including the first public demo of a Medfield-powered tablet running Android Honeycomb. Interesting stuff, but haven't we been here before? Hit the jump for a breakdown of the news and an explanation of what I mean by that last question. 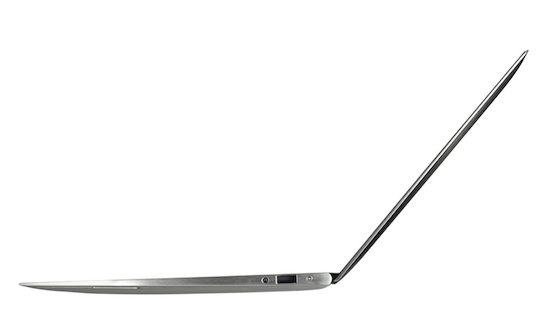 Thinking ultrabook sounds a lot like ultraportable? You'd be right. Plain and simple, Intel's rebranding the category and adding some new features to it. The "new" class of laptops — clearly, I'm hesitant to call these new — are based on Intel's Sandy Bridge processors (some ultra-low voltage, some standard voltage), will be less than .8-inches thick, and cost under a grand. Interestingly, Intel's also saying it wants to "marry the performance and capabilities of today's laptops with tablet-like features and deliver a highly responsive experience." Sounds a heck of a lot like what Apple's been touting with its MacBook Airs, which is why it shouldn't surprise you that the first of these ultrabooks is the ASUS UX21, which bears an uncanny resemblance to Apple's "ultraportable."

There's a lot of intriguing things going on here and we're always for Intel pushing this category, but I simply can't get over the fact that this is the second time in three years that Intel's attempted this. At this very show two years ago, Intel unveiled what it called "CULV" processors for "consumer ultraportables," and well, it wasn't as successful as it had hoped. High pricing and lackluster processor speeds by and large caused the category to be a failure, but considering Intel's hoping ultrabooks account for 40 percent of the consumer laptop market by the end of 2012, it seems fairly confident that history won't repeat itself.

Maloney will also detail Ivy Bridge, which will hit in the first half in 2012, and has now been confirmed to support USB 3.0 and Thunderbolt. The press release also mentions that Haswell, the successor to Ivy Bridge that's due in 2013, will be even better for ultrabooks because of decreased thermal power.

On the lower-power processor front, Intel's touting again that Atom is outpacing Moore's Law, and that its forthcoming Cedar Trail platform for netbooks is on track to hit before the end of the year. We still don't know anything about performance improvements, but the platform will be headed for Windows, Chrome, and MeeGo netbooks. That stuff was announced back at IDF in April, but more interesting is that Maloney will demo a Medfield tablet running Honeycomb. Sure, Oak Trail is Chipzilla's current tablet solution, but Medfield is also destined to hit tablets and phones in 2012. The platform will enable 0.3-inch / 1.5-pound tablets with longer battery life and will be in production later this year.

A solid promise, indeed, but remember last year at Computex when Intel waved around a Moorestown tablet that never hit the market? We all know that Moorestown was eventually axed and that Medfield is supposed to be Intel's mobile savior, but it just feels like a repeat of what was demoed last year. That said, Intel PR maintains that slates based on Medfield will hit in early 2012 and phones a bit later. Once again, Intel's making a lot of promises, let's just hope history doesn't repeat itself.