Nintendo's Wii successor (Project Cafe?) and other expectations for its E3 2011 keynote

Share All sharing options for: Nintendo's Wii successor (Project Cafe?) and other expectations for its E3 2011 keynote

Tuesday, we explored the news and speculation surrounding Sony's E3 2011 plans (particularly the NGP / PlayStation Vita), and today we do the same for Nintendo. The House of Mario has already made some big promises — like unveiling the successor to its 86 million-strong (in terms of unit sales) Wii — that raised more than a few eyebrows (and sent just as many pranksters straight to Photoshop in the hopes of making the most convincing "leaked mockup"). Here’s a primer for what I think we can expect from Nintendo's keynote next Tuesday.

(P.S. – Yes, we’ll be there liveblogging the event; a video feed will also be available via Nintendo itself.)

Project Cafe, or what replaces the Wii 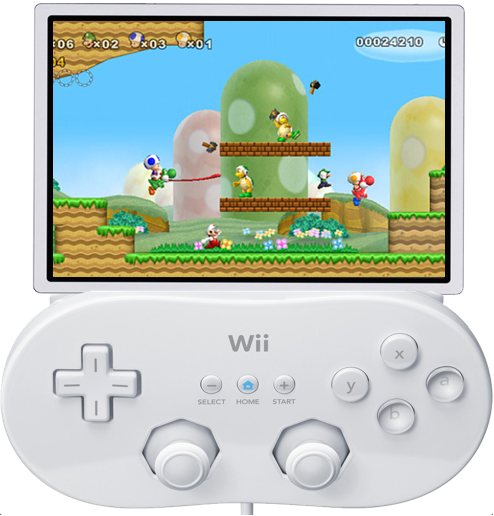 This one is a given. Nintendo themselves announced in late April that a successor to the Wii will be further detailed and even playable at E3 this year (which, yes, translates to new game announcements). It will launch sometime in 2012 and that's literally all we know. Filling in the pieces is an overzealous rumor mill burning the midnight oil. Here's what the whispers have produced: both IGN and 01.net — the latter being known to have nailed the Sony NGP announcement — report that the system will have a three-core IBM PowerPC processor, ATI R700 GPU, at least 512MB of RAM, and is currently codenamed "Project Cafe."

That's nothing too crazy, so let's move on to the controller with a purported six-inch touchscreen in the middle. That amounts to a screen that's at least 4.25 inches wide (with a 1:1 aspect ratio) and more likely closer to 4.8 inches (a 4:3 aspect ratio). Quite a large screen for a peripheral that also accommodates a d-pad, bumpers, triggers, a front-facing camera, and some sort of a sensor that corresponds to the Wii remote.

The latest update to these rumored specs comes care of Kotaku's Stephen Totilo, who cites "sources familiar" in saying there'll be 8GB onboard flash memory, SD card expansion, discs with 25GB storage, and an output resolution of either 1080p or 1080i. If the 8GB stat is accurate, it's a stark difference from Xbox 360 and PlayStation 3 (each offering 250GB / 320GB internal storage, respectively) and largely deemphasizes the role of downloadable content over disc-based games. Speaking of, the 25GB figure lines up with single-layer Blu-ray disc capacity, but before you think that infers Blu-ray playback, remember the Wii uses DVDs but lacks the ability to play DVD movies. So it goes.

If any or all that seems crazy, might I suggest looking up old mockups and rumored pics / specs for Nintendo Wii (codename Revolution), GameCube (codename Dolphin), and their respective controllers. It's practically a genre of art all to its own. (No-relation BFF Paul Miller voiced his opinion on the early rumors, definitely worth a read.)

P.S. - While researching this piece, I stumbled upon an interesting quote from Nintendo's veteran designer Ken'ichiro Ashida. In a 2006 BusinessWeek interview, when asked about the impact of the DS on Wii's design, Ashida said, "We had the DS on our minds as we worked on the Wii. We thought about copying the DS's touch-panel interface and even came up with a prototype." In light of recent speculation, it's certainly interesting to think about. 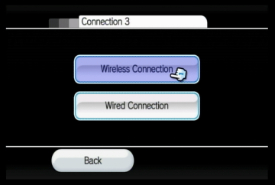 President Satoru Iwata has made some interesting comments this year about networking services, going so far as to namecheck Xbox Live at his GDC keynote last March. (Notable, too, that he said WiiWare and DSiWare both underperformed and that "Nintendo could do better" with digital downloads.) Later, in a financial call following the Wii successor announcement (official English transcript), Iwata had this to say:

Wii's future could have been different if Nintendo had made better partnerships with outside companies in the field of network services at the early stages of the penetration of Wii... Although we have already put ourselves back on track, we would like to clearly differentiate what is our true strength from what we can basically do by ourselves but can be done better by more skillful outside specialists in order not to fall into that trap again.

This could be nothing more than putting Netflix on a console, but with any luck, Nintendo will never again utter the phrase Friend Codes. Hey, a girl can dream. 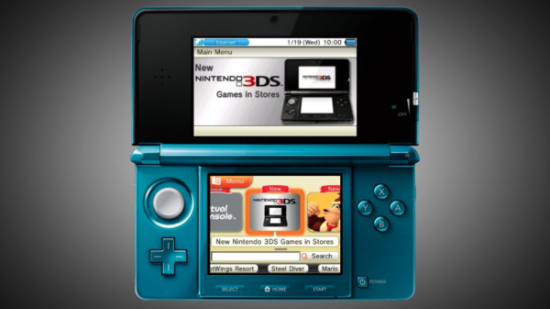 It just so happens that Nintendo 3DS' online portal is launching the same day as the company's press conference via firmware update — how could they not make a big deal about it? Other missing features that have been promised soon are 3D video recording and Netflix. Fingers crossed one or both of these make it with the eShop update.

Mario, Zelda, and most likely others from Nintendo's vault 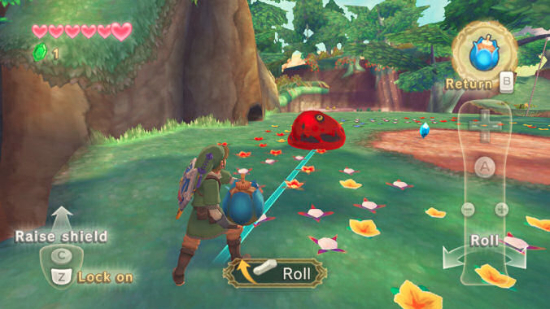 A new Super Marios Bros. for the 3DS will be at E3 — Iwata said as much at his GDC keynote.  Then there's Kid Icarus Uprising, which has been demoed on the portable several times at this point. It's due out this year, but news has gone dark on the project since the console's launch. Ditto for Metal Gear Solid Snake Eater, promised for 2011.

Last we heard about Wii's Legend of Zelda: Skyward Sword, which was a big portion of the company's E3 2010 keynote, it was still on track for release this year — then again, the last Zelda title (Twilight Princess) was developed with GameCube in mind before becoming a Wii launch title. I'm not saying Skyward will follow suit for the Wii successor, but there's certainly precedence. This year marks the 25th anniversary of Link collecting rupees and outwitting octaroks, so I'd expect some kind of limited-edition hardware with limited-edition paint jobs and limited-edition insignia, just like what happened with Mario's 25th last year. Don't forget, the Ocarina of Time 3DS remake is due out really soon.

... Say what? You're expecting Nintendo to produce a Wii Sports title for its successor's launch? Yeah, me too, but I'm not about to guess what minigames that entails.