'Better with Kinect,' Halo HD, and other predictions for Microsoft's E3 2011 keynote

'Better with Kinect,' Halo HD, and other predictions for Microsoft's E3 2011 keynote

Microsoft may end up being the only console maker this year not to reveal new hardware — Sony has the NGP / PlayStation Vita and Nintendo has the Wii successor codenamed "Project Cafe" — but that doesn't preclude them from making a splash at their E3 keynote. As if to curb any potential apathy towards the event, the company released new data showing "dramatic gains" in Xbox 360 hardware sales in its fifth and sixth years (see the chart, above). The message is clear: Microsoft doesn't have to reveal new hardware, it's doing just fine with the old one, thank you very much. (It helps, too, that its new Kinect hardware was the focus of last year's E3, and has since become a Guinness World Record holder for fastest-selling consumer electronics device.)

So if it's not hardware, what software can we expect the folks in Redmond to show off? As with Nintendo and Sony, we've been combing through all the truths, half-truths, and hearsay floating about the internet and congealed them all together to form our predictions for next week's E3 keynote. It's all after the break.

(P.S. - Spike TV will be streaming Microsoft's press conference, and yes, of course we'll be liveblogging it.) 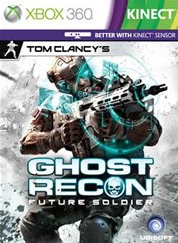 Microsoft's Kinect launched in November last year with about 18 games in tow. Since then, only seven have been released — and none of them were exactly high caliber. That hasn't seemed to have stopped sales one iota, and Microsoft this month also said it plans to triple the Kinect library by Christmas.

There's been numerous announced games that have yet to hit retail — Wikipedia lists about 26 of them. One way we suspect the company will reach that "triple" milestone is "Better with Kinect." Leaked box art for both Mass Effect 3 and Ghost Recon: Future Soldier this week revealed a purple stripe with a Kinect sensor silhouette and the aforementioned slogan. The implication is that each game can be played just fine and dandy with the traditional controller... but of course you want the best performance, and that's closer to reality with Kinect. Both pictures reportedly came from Xbox.com but have since been replaced with decidedly non-revealing box art.

Also, if we were the wishing type, we'd love Microsoft to overhaul the Kinect dashboard — it's just way too slow for our tastes.

Speaking of Kinect, whatever happened with the Star Wars demo shown off at the hardware's Cirque de Soleil-infused naming presentation? We looked back through our notes from both that event and Microsoft's E3 2010 press conference later that week, and although most games shown off have been released, there are four notable titles still missing in action: 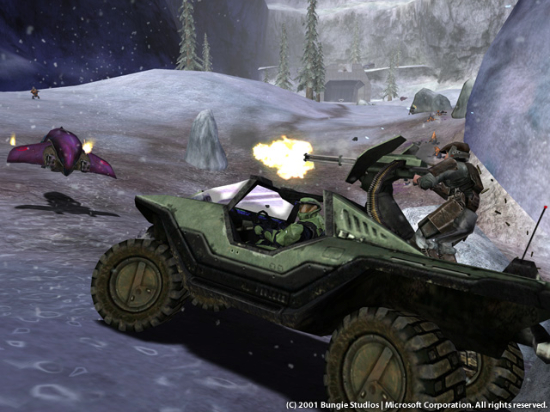 What's a Microsoft E3 without Master Chief? We don't know, and we doubt we'll find out this year — especially not with its 10th anniversary coming up in November. Rumors have persisted of "Halo HD," a remake of the original — my old haunting grounds Joystiq claim to have heard from sources that the game is being developed by TimeShift developer Saber and coming out on November 15 — exactly ten years after the progenitor, Combat Evolved.

Additionally, 343 Industries — the in-house team that took over the Halo franchise after Bungie and Microsoft parted ways — have been working on something. And whatever it is, it's not a side story, according to boss Frank O'Connor.

ZDNet's Mary Jo Foley is infamous for her well-placed Microsoft sources, so we'd be remiss to mention her speculation that next week's press conference might be the platform from which Microsoft unveils Orapa. That's the working title for a project that combines Xbox Live with Microsoft's Mediaroom IPTV, and her sources say it could be ready for release this holiday season. It certainly falls in line with the Xbox 360's expanding entertainment presence (e.g. Hulu Plus, Netflix, ESPN) and IPTV is something that's been talked about since 2007. It's certainly not without precedence. Update: WinRumors is floating Xbox Live Diamond as a possible name for the service.

More from this stream Xbox Live's fall 2011 Dashboard update: everything you need to know