Share All sharing options for: Announcing some new hires! 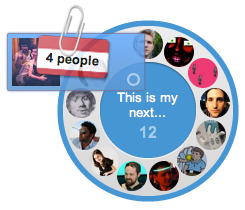 Well, looks like the news is out! As All Things D just reported, we've brought on some exciting new hires in the past few weeks to help us build our new site, and we'd like to (re)introduce them to you. Say hello to:

We couldn't be happier to announce these new members of our team -- they're all extremely talented writers, and you'll be seeing their work very, very soon. Join us in saying welcome!