The Wall Street Journal now seems to be confirming what our sources told us back in April about the iPhone 5 (or whatever Apple decides to call it). According to the report (which closely mirrors some of the chatter we'd been hearing previously), the new device will be thinner and lighter than the iPhone 4, and is expected to launch sometime in the fall. The report says that orders are being placed with suppliers in China, meaning that production lines will likely start rolling soon. The report also calls out the fact that the new phones will be utilizing Qualcomm chips in place of Infineon parts — something we reported at Engadget in January of this year. Interestingly, the article makes mention of another new iPhone set to be introduced next year with "new ways of charging the phone" (inductive, perhaps), and a less-expensive variation of the iPhone — a rumor we've also heard — which would have an edge-to-edge screen. That latter bit doesn't make a lot of sense, but it's possible both new devices would utilize a similar screen layout. Of course, there's a lot more to this story than just what the WSJ is reporting, so read on after the break for the full details.

Our sources are saying that not only will there be a newly designed iPhone coming in the fall, but there is going to be a new entry into the iPad family as well. As hard as it might be to believe, the new tablet is said to sport a double resolution screen (2048 x 1536), and will be dubbed the "iPad HD." The idea behind the product is apparently that it will be a "pro" device aimed at a higher end market — folks who work in video and photo production possibly — and will be introduced alongside something like an iPad version of Final Cut or Aperture. This product is specifically said to not be the iPad 3, rather a complementary piece of the iPad 2 line. Think MacBook and MacBook Pro.

There's one question that has yet to be answered, however. Just why was everyone reporting on the supposed "iPhone 4S" recently? It seems that just a few months ago the entire tech media world was convinced the new iPhone was set to be merely an iPhone 4 update — and now many are assuming that the 4S will actually be this cheaper version the WSJ is rumoring. Well, we have the answer. Simply put, as the iPhone 5 components are built for a smaller and lighter device, they can be easily fit into a casing which for all intents and purposes looks identical to an iPhone 4... and that's exactly what Apple has been doing. Our sources tell us that the company has been testing the new components in old iPhone cases, for obvious reasons. Some of those reports we've heard about a larger screen for the old design would make sense too, as a slight tweak of the size (say, to a 3.7-inch display), would be barely noticeable to the eye, but obvious in internal component design. So if you've been wondering why the rumors about the iPhone 4S rose to such a din, now you know.

Why abandon the iPhone 4 design so quickly though? We've heard that the device is out of favor at the highest levels of the company, and folks are ready to move on to an entirely new product.

With all that said, there are always surprises in store at an Apple event. September is a long way off, and things can certainly change. We'll keep pounding the pavement for more detail — so keep your browser tuned right here. 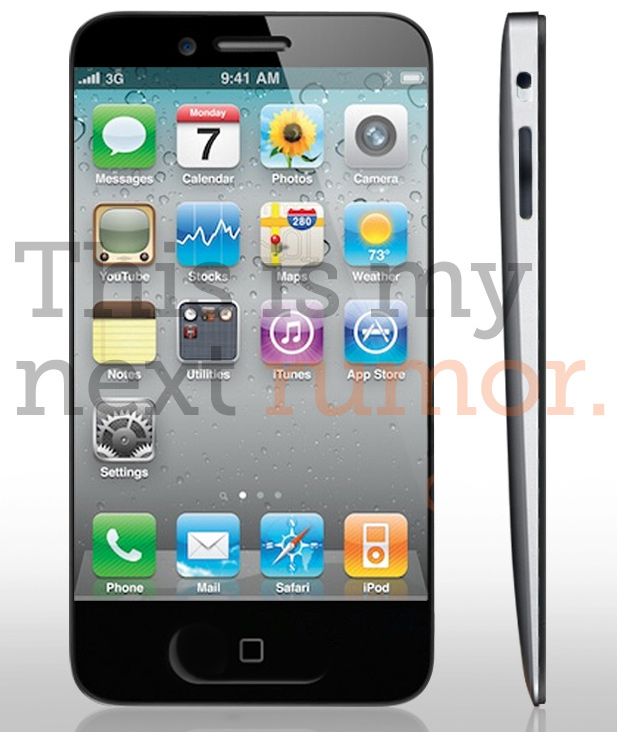