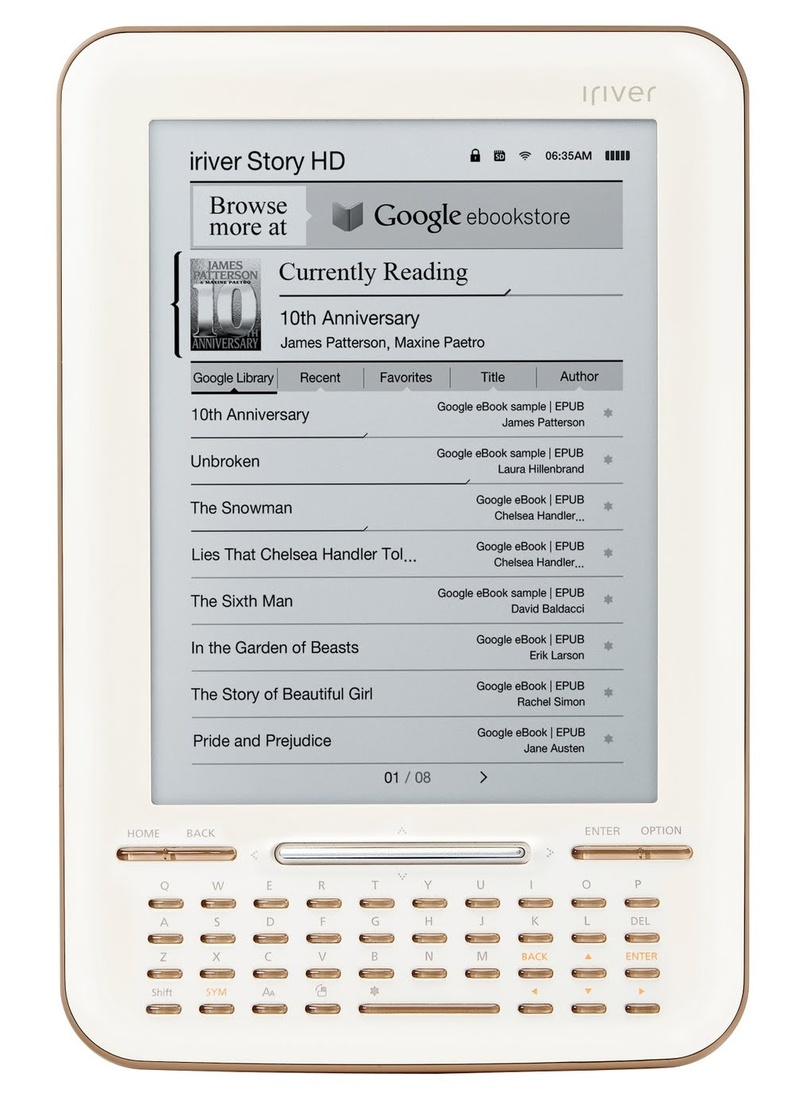 It's been many moons since iRiver announced the Story HD e-reader, packing a competition-busting 1024 x 768 resolution in its six-inch screen, and come this Saturday, July 17, when it finally hits Target at the competition-matching price of $139.99, it'll also be the first e-reader to be fully integrated with Google's eBooks service. That may not sound like a major feat, but you need to understand that previous Google-compatible e-readers (like the Nook and Sony's offerings) required you to undergo an eight-step process to transfer Google books, not to mention physically tether your slate to a PC. But as you can see in the screenshot above, the Story HD lets you directly download them over a WiFi connection. It's also an obvious shot at Amazon, Barnes & Noble and Apple, as this move gives Google an integrated reading ecosystem for the very first time. We're not sure whether iRiver + Google eBooks can make much of a dent in the Kindle armor -- high resolution or no -- but either way, viva wireless freedom!