Google+ app comes to iPhone; iPod touch and iPad users out of luck

Share All sharing options for: Google+ app comes to iPhone; iPod touch and iPad users out of luck 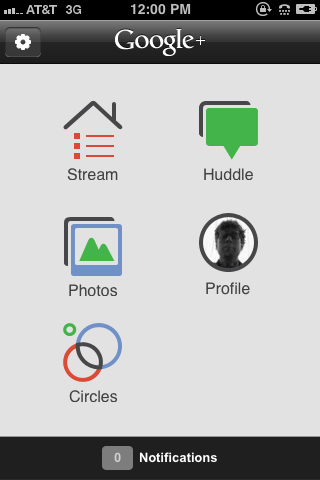 Google's Senior VP of Social Vic Gundotra just posted that Google+ is now available for iPhone users. Yes, just a few weeks after the launch of the Android app, iPhone users can get in on the Circle, Huddle, and Stream browsing fun with a native iOS app.

Unfortunately, iPad and iPod touch users will have to keep using the mobile-optimized site, because this is one of the few apps we've seen that doesn't work on every iOS device -- only iPhone 3G, 3GS and 4 devices can run the app. Gundotra notes that the app should be rolling out to the App Store in the next few hours, but you should be able to grab it at the direct link here.

Update: In response to our question about the lack of iPod touch and iPad compatibility, a Google spokesperson told us, "We are working quickly to roll out the Google+ mobile app to as many platforms and devices as possible. Today we have only announced availability for the iPhone." Similarly, Google+ Mobile Lead Product Manager Punit Soni wrote "iPad/iPhone device support is coming soon."