For months there's been a very odd and aggressive marketing campaign afoot by a company named TabCo. If you haven't been following it (and our guess is that you probably haven't), the company has been disguising itself as a secret Tablet Company (TabCo — get it?!) with a new product in store, creating for some serious buzz amongst the tech press. This morning TabCo is holding an all-revealing press conference, but it looks like the cat is out of the bag a bit early. According to a tweet from the official TabCo account, which has since been deleted, the faux company is going to reveal the Grid 10 — yes, the same 10.1-inch tablet we saw pass through the FCC a few weeks ago. Indeed, it appears TabCo is Fusion Garage. Will it run Android? Is the UI really "like nothing else out there?" Looks like TabCo, er Fusion Garage, still has a few secrets in store, though not for long — stay tuned for more info as the press event gets underway at 9am PST / 12pm EST.

Update: The eagle eyes at NetbookNews matched up the FCC Grid 10 image with one of the brief images of the TabCo tablet and they seem to match up exactly. Check it out after the break. 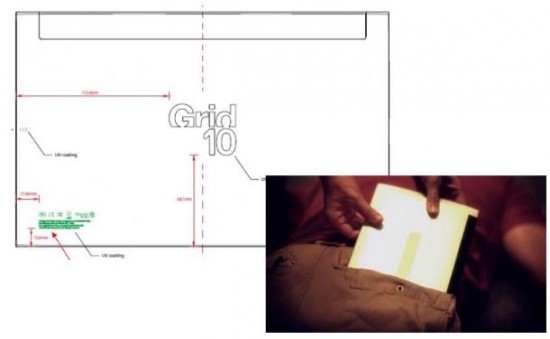