Apple announced its AirPlay wireless media streaming protocol in late 2010, backed with pledges of industry support and a handful of working prototypes. Unfortunately, only a few of those early all-in-one AirPlay speakers actually materialized for purchase. While several were announced, the few available for retail demand a hefty premium in the form of the $599 Zeppelin Air from B&W and $800 Fidelio SoundSphere from Philips. Sure, the price drops significantly for the $350 On Air dock from JBL, but so does the quality for what amounts to a severely overpriced speaker dock. And the $699 Libratone Live AirPlay speaker launching this month is just a continuation of the premium pricing trend. Not good when you can get an entry-level Sonos Play:3 wireless Hi-Fi for $299. 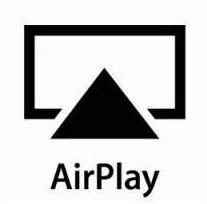 Fortunately, the big IFA show is helping to rekindle our interest in all-in-one AirPlay speakers thanks to a bevy of  lower-priced units. Even Sony is in on the game with its very first AirPlay speaker, the $399 SA-NS500 (pictured above) with 5-hour rechargeable battery. (Curiously, I first learned of Sony's interest in AirPlay when I accidentally stumbled upon a Sony reference design while poking around inside the BridgeCo booth at CES in January. I wasn't at liberty to discuss it then so I'm glad to see it come full circle this week.) Sony's is only the first of several AirPlay speaker announcements at IFA 2011. Click through to see the rest. 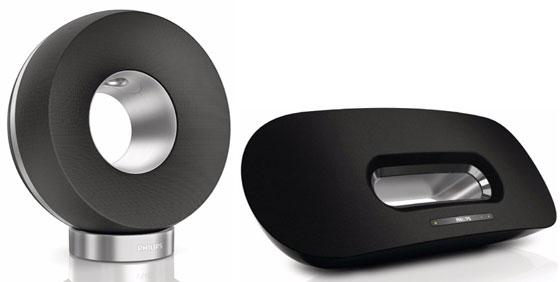 Joining the $800 Philips Fidelio SoundSphere AirPlay speaker are the retail versions of the AirPlay-enabled Fidelio SoundRing and SoundCurve speakers first unveiled in June. The SoundRing features two front-firing and two side-firing drivers that promise to fill a room with 360-degree music. It's available with (€349.99 model DS3880W) and without (€279.99 model DS3800W) a cradle and rechargeable battery capable of up to five hours of untethered usage. Meanwhile, the company's SoundCurve (€399 DS8800W) promises "deep, tight bass" thanks to its bass pipes. The SoundCurve should be available in Europe this month while the two SoundRing models will ship in October. 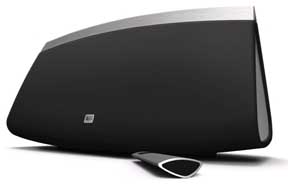 Like Sony, Altec Lansing revealed its first AirPlay speaker at IFA 2011. The curved 7.5 x 19 x 6.75 inch chassis of the inAir 5000 spreads 110 watts across a pair of 1-inch tweeters, two 3-inch mids, and a 4-inch subwoofer augmented with a passive bass radiator. It also packs an analog aux input, headphone jack, IR remote, and USB port to upgrade the firmware. Price? We'll get back to you, Altec Lansing isn't saying (but it's likely in Zeppelin Air territory). 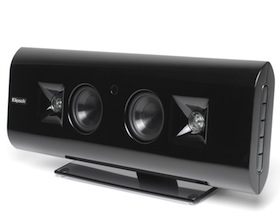 Also stretching the definition of affordability is the Klipsch Gallery G-17 Air. Unfortunately, its $400 price tag announced at launch grew to $530 by summer, and now appears settled at $549.99 for its US retail debut in the fall. And like Sony's first AirPlay speaker, the G-17 supports both Apple's wireless AirPlay protocol and DLNA -- the de facto industry streaming standard -- making it a good choice for owners of iOS and Android devices. As you might recall, the 6 x 16.9 x 3.5 inch 60 watt speaker combines two ported 2.5-inch "woofers" and two 0.75-inch tweeters for 102dB of room-filling output. It ships with a bundled remote control to skip tracks on USB-attached devices and a standard 3.5mm jack that lets you playback music from everything else. 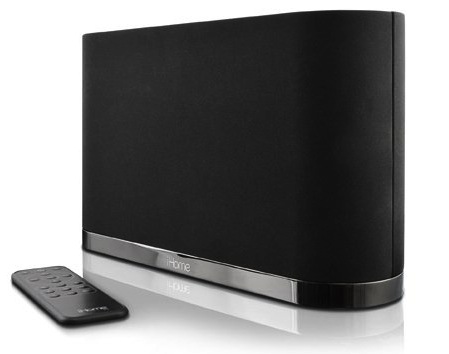 Finally, and we mean finally, iHome announced a ship date for its $300 iW1 AirPlay speaker that we first saw working back in January. A limited quantity of the 12 x 7.3 x 3.7 inch, 4 driver, rechargeable speakers were already sold to enthusiasts registered on the company's early notification list. Everyone else will get their chance on September 26th.