PocketNow has come across a photo that appears to be from a future iPhone model, in all likelihood the iPhone 5 that's expected to be introduced in the next few weeks. Although the image has been cropped to a squarish 2235 x 2291, it would seem the shooter did that simply to frame the image around the plate of his meal -- the original resolution was 3264 x 2448, which works out to a perfect 4:3 aspect ratio at around 8 megapixels, which is the sensor resolution generally expected in the new model. The EXIF data claims it's from an iPhone 4, but we wouldn't expect Apple's prototype firmware to give up a new model's name pre-announcement that easily -- not to mention the fact that the iPhone 4 has a 5-megapixel sensor, not 8.

It's extraordinarily easy to fake a photograph's EXIF data to make it look like it came from an iPad 9, a Nikon D4, or any other imaginary device of your choosing -- but in this case, we've personally seen the original source, and we can say that there's a pretty healthy pile of evidence supporting the iPhone 5 theory: most importantly, the shooter is an Apple engineer, and it seems unlikely that Apple employees would be fudging EXIF data to simulate an unreleased iPhone.

And there's one final, very important detail: the data tells us the image was taken on Apple's Infinite Loop campus, which means you're looking at some pretty high-end cafeteria fare (then again, we wouldn't expect any less). Follow the break for a map of the location, which points to Building 1 as the source.

Update: Our amazing reader Brandon did some heavy image processing to straighten out the curved reflection in the plate, and hey -- you can definitely see a guy taking a photo with what appears to be a phone. Is this the first incredibly indistinct picture of the iPhone 5? You be the judge. 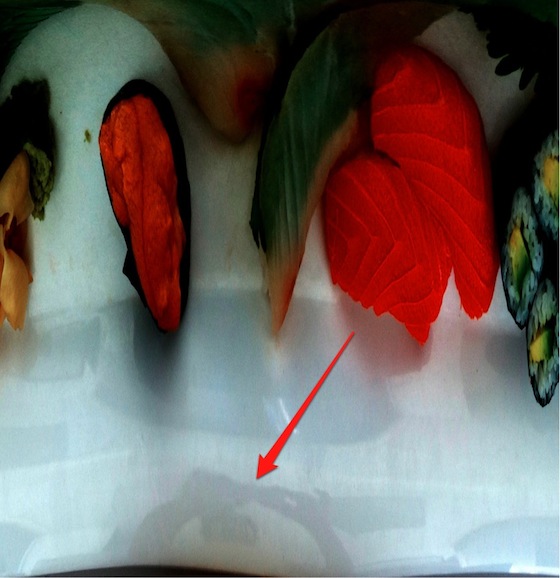 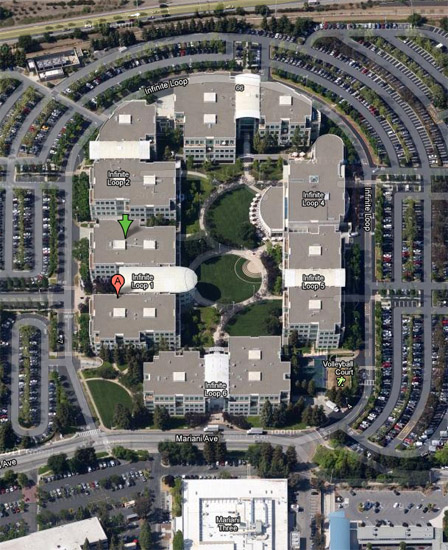