At IDF today, Intel announced the successor to its yet-to-be-released Ivy Bridge architecture, codenamed Haswell. This platform, built at 22nm like Ivy Bridge, has been leaked multiple times dating back to 2008, so hearing it become official today comes as no big surprise. The good news is that Intel already has the chip running with a 30% reduction in active power consumption over current-generation (Sandy Bridge) Core i5 chips and is aiming for a 20-fold improvement in standby time. Both enhancements should theoretically come without a significant reduction in processing power by 2013. Intel gave a brief demo of a prototype running off a tiny solar cell (to animate a cat GIF, of course) and while the release is obviously a ways off, it's the first sign here at IDF that Intel is trying to show how serious it is about power consumption. Follow the break for more shots. 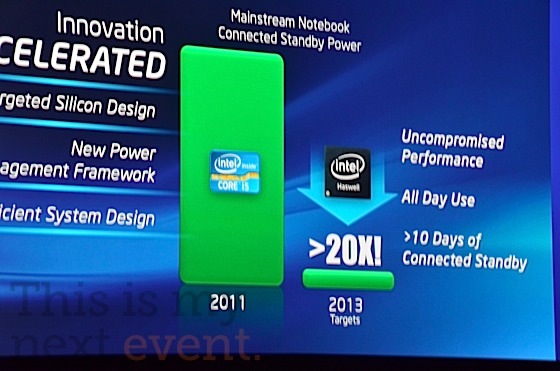 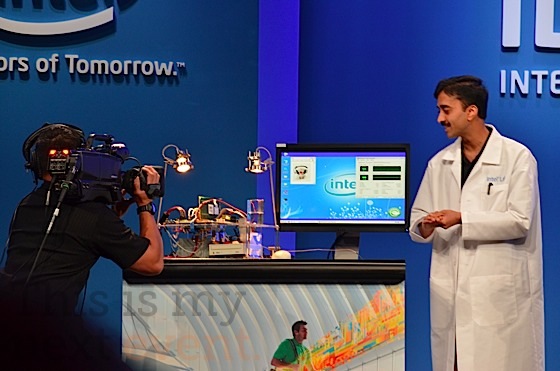