We've obtained exclusive footage this morning of a new Motorola tablet (shown above) that looks to be a lot sleeker and thinner than the 10-inch Xoom that launched earlier this year; the slightly angled corners are reminiscent of the Photon 4G, so this looks to be a new design language the company is continuing to pursue. You can just barely make out that it's running Honeycomb's camera app, so it's running Android -- we just don't know what version.

Our tipster points out that the Motorola logo appears to be at the upper left in a portrait orientation, and we think we're looking at micro-USB and micro-HDMI ports on the other end. The screen also seems to be 16:9, and we're willing to bet this is the "fun" and "portable" 7-inch model that Moto CEO Sanjay Jha promised we'd see before the end of the year. No word yet on when we might see this get announced or retailed, so in the meantime, follow the break for a larger version of the shot (click it to enlarge).

Oh, and as for that phone in the upper right, we're not sure, but it looks thick and big enough to harbor a ridiculous camera and/or display -- the rumored Droid HD, perhaps? 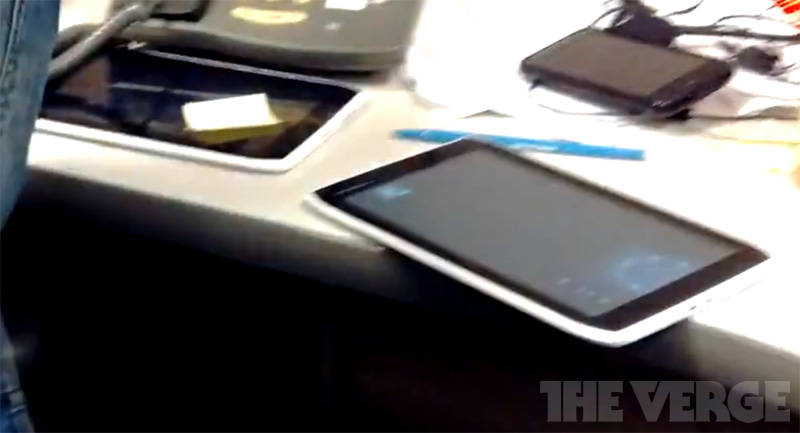