Facebook integrates Netflix movies and Hulu TV... but not in the US?

Share All sharing options for: Facebook integrates Netflix movies and Hulu TV... but not in the US? 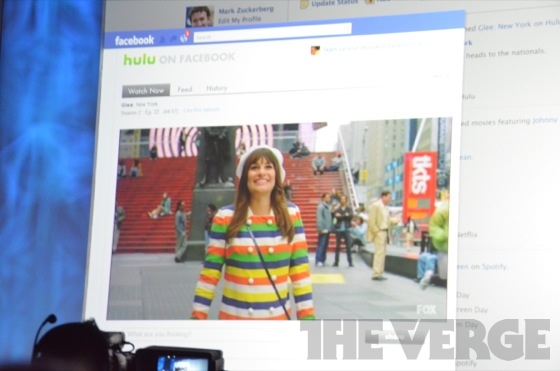 Facebook CEO Mark Zuckerberg just demonstrated that his new Timeline can stream premium video from Netflix and Hulu and share your viewing experiences with friends... in certain countries, anyway. Netflix members in Canada and Latin America will be able to take advantage of the feature "before the end of September," but US residents are out of luck for now, reportedly due to a privacy law that's actually due to be revised in Congress. We're imagining it might be similar for Hulu (perhaps only Japan?) but we're waiting for confirmation there.

The Netflix partnership actually goes both ways -- not only can you watch video in the Facebook timeline, but Netflix will also integrate your Facebook friends' recommendations into its own web and PlayStation 3 interfaces. See a couple screenshots of that at our source link.

Update: Zuckerberg says video integration is a go right now, though we may have to wait up to a few weeks for the new Timeline to roll out.