Remember that unnamed 7-inch Motorola tablet? It's not alone -- Droid-Life has outed pictures of what could be the Motorola Xoom 2, or at least a close cousin. Like that 7-incher, the so-called MZ617 follows the Photon 4G's design language with close-cut corners, but it also appears to come in a more standard 10.1-inch form factor. Beyond that, there's a SIM card slot -- likely for LTE -- a front-facing imager, and a pair of stereo speakers flanking an "HD" camera around back. We'll bring you more as we get it. Find a picture of the tablet's fairly boring front after the break. 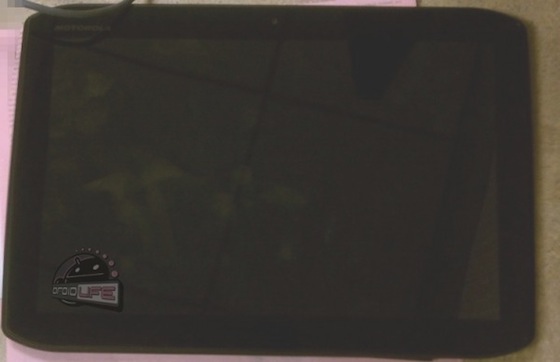