Well hello there, Motorola Spyder. A trusted source just sent us some photos of this as-yet announced dual-core LTE Moto handset -- the first phone we've ever seen with a 4.3-inch 960 x 540 qHD Super AMOLED display. It's all wrapped in Gorilla Glass and a Kevlar casing with a splash-guard coating, which ought to make it a fairly tough. Internally, it seems like a close cousin of the Droid Bionic: 4G LTE, an unspecified dual-core 1.2GHz processor, 1GB of RAM, an 8 megapixel camera with 1080p video recording and image stabilization, an "HD" front-facing camera, and Moto's Webtop environment with several custom docks and a version of the Lapdock laptop-lite dock. We don't know much yet about pricing and availability, but we're digging for more -- we'll let you know. Check the gallery below for a few more shots.

Update: Another trusted tipster has just chimed in to let us know that he's had a chance to play with the Spyder, and guess what it was called in the About screen? "Droid RAZR," recalling perhaps the most famous (infamous?) brand in Motorola's history. This lines up perfectly with a recent PocketNow report of a test photo from a so-called Droid RAZR, so it's all lining up -- and given the "Droid" nomenclature, this also means it'll be going to Verizon.

Update 2: The same tipster also believes that the Droid RAZR is almost certainly the same phone as the Droid HD that Engadget published photos of last month, and that it could be ready in time for the holidays. Why two names? It's possible the retail name isn't finalized, or it wasn't back when the Droid HD name was getting tossed around. Hopefully, we'll know more soon. 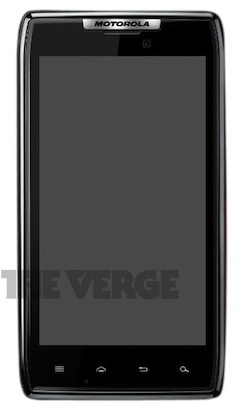 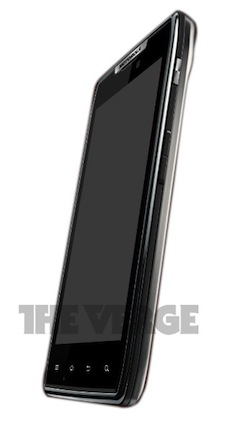