Share All sharing options for: Exclusive: Motorola Xoom 2 Media Edition has an 8.2-inch IPS display, IR blaster, and weighs less than a pound (updated with pictures!)

Given the two leaks in the last 24 hours, it's pretty clear by now that Motorola's got a thinner and lighter Xoom 2 in the hopper, but we're now learning that it will be joined by a smaller version -- the Xoom 2 Media Edition. According to our very-trusted source, the Media Edition has an 8.2-inch HD IPS display with an anti-glare coating, weighs 0.95 pounds, and can easily be held in one hand. There's an obvious focus on portability, but durability seems to be a big part of the industrial design equation; the chassis itself is made of a combination of magnesium and aluminum, has a Gorilla Glass display, and is apparently "splash" proof. From what we're hearing, Motorola's pushing this one as an out-and-about ereader replacement; however, it seems to have home entertainment appeal with an integrated IR remote and a subwoofer on the chassis itself.

So, you're likely wondering if the Media Edition is in fact the same Android Honeycomb tablet we saw a few days ago (pictured after the break) -- the one we believed to be a 7 incher. It seems more likely that this is the same product (at least from our eyeballing of the picture and comparison to the pen sitting next to it), and that Motorola decided to go with an 8.2-inch display. But what we do know for sure is that Moto's prepping a smaller tablet (a Xoom Mini, if you will) and it will likely hit soon, since an additional source added that Verizon is currently prepping signage and fixtures for a similarly-sized Motorola device. We're currently digging for more on the Media Edition, so stay tuned!

Update: And here we go! Engadget has got some pictures of what is almost certainly the Media Edition. The tablet not only looks a lot like the one we saw leaked a few days ago, but the About Tablet page lists "Fleming," which our source told us was the codename of the Media Edition. One more picture after the break. By the way, that phone in the reflection of the tablet looks a lot like that Motorola Spyder / RAZR we just wrote about. Hmm. 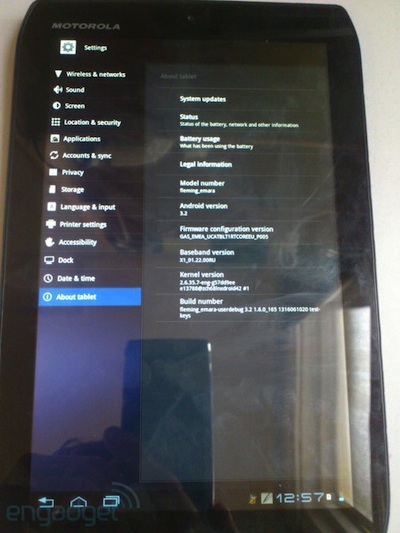 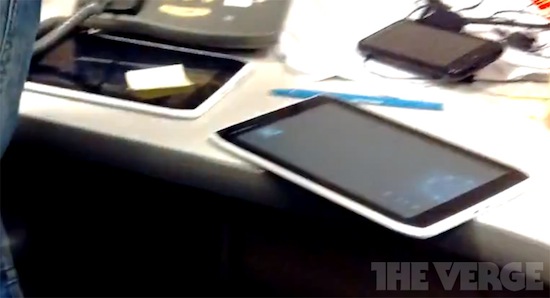