Well, there's going to be something called the iPhone 4S announced today -- it was just mentioned being available on October 14 on Apple's Ginza, Japan retail store page, and two images labeled "iPhone 4S" have appeared on the Apple Store servers. The images are fairly interesting -- they show what looks just like an iPhone 4 running iOS 5, but the antenna design is the same as the CDMA version and the ambient light sensor is faintly visible on the black model -- it's been invisible on previous iPhone 4 press photos. Obviously we're just about to head into the event and find out what's going on for real -- hit our liveblog right here for all the action.

Update 2: And the iPhone 4S is official! 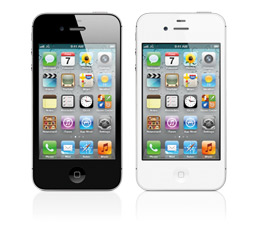 More from this stream iPhone 4S: everything you need to know