We had a feeling Motorola couldn't hold out much longer with all those leaked devices we brought you a couple of weeks ago, and indeed, Motorola and Verizon are teaming up to hold a press conference here in NYC on October 18th at 12:00PM. Will we finally see the release of the Xoom 2? Xoom 2 Media Edition? Droid RAZR (or Droid HD)? Are there any secret devices we haven't uncovered yet? We'll be there live bringing you up to the minute coverage of it all next Tuesday.

Update: Motorola's just released one of its typical teaser videos, and while it doesn't reveal a ton, we're now convinced that Moto's got four new products to unveil since it reads "four reasons to get excited" in the description. Also, we're going to read into all the bullet imagery and say the RAZR's Kevlar casing may not be too far off. Check the video below. 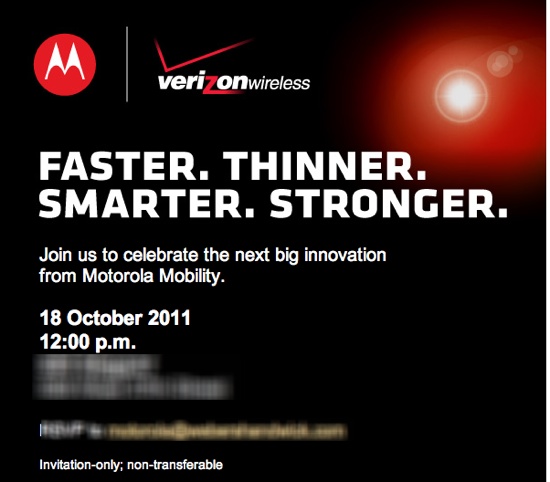