Share All sharing options for: Google Translate app for Android now has speech to speech translations in 14 languages

Google has just released a new version of its Google Translate application for Android. In January, Google launched Conversation Mode in the app, which allowed speech to speech, direct translations, and supported English and Spanish. Today, Google is chipping away at the language barrier further by expanding that feature to cover 14 languages.

The supported languages are Brazilian Portuguese, Czech, Dutch, French, German, Italian, Japanese, Korean, Mandarin Chinese, Polish, Russian and Turkish. Google has also made a few other tweaks, including the ability to correct your speech before translating it in the event that the app mishears you. You can also add unrecognized or custom words to a personal dictionary, and you can also now pinch-to-zoom in on a close up view of translated text. The application has also been optimized for larger Android devices such as tablets.

Google warns that the application is still in alpha, so translations are still likely to be affected by factors like background noise and regional accents. The newest version of Google Translate is available now in the Android Market, and supports 2.2 and higher devices. Video demonstration is below. 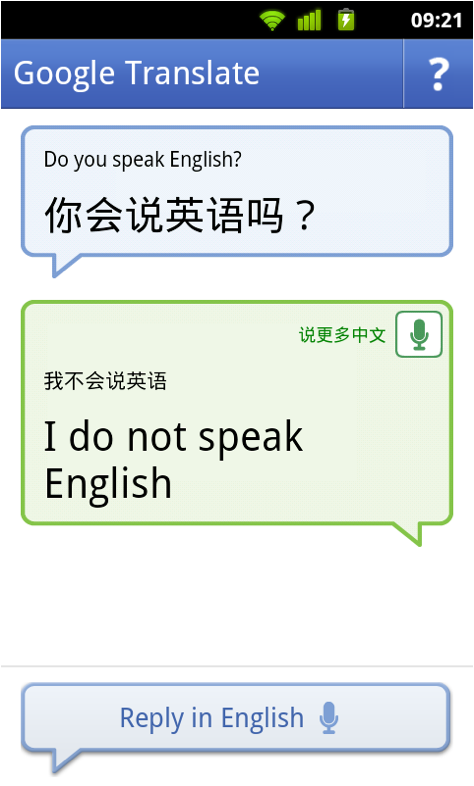