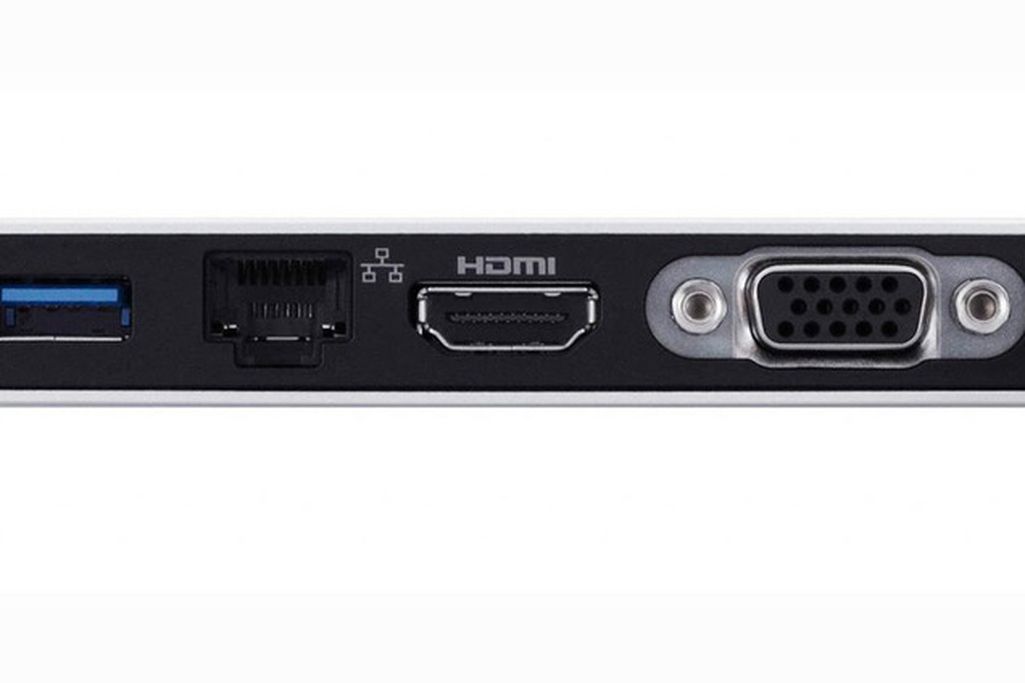 Sony and Thunderbolt -- they go together like Memory Stick and SD, ATRAC and MP3, or Betamax and VHS. Consequently, Sony's high-speed I/O implementation is similar to Thunderbolt, but it isn't Thunderbolt. And don't you dare call Sony's lickity quick VAIO Z port "USB." Oh sure, it's blue just like the USB 3.0 standard and natively supports USB 2.0 and 3.0 devices without an adapter -- but it's definitely not USB. Capiche?

To even begin understanding what the hell Sony is up to we have to go back to September 23rd, 2009, the day that Intel unveiled its 10Gbps Light Peak technology at IDF 2009. The fact that it was demonstrated on a workstation running OS X was an early hint of Apple's involvement. Later we would learn that both Intel and Apple had been busily working together on Light Peak since at least 2007, with Sony also expressing interest somewhere along the way.

For many, seeing Intel's ambitious high-speed optical interconnect lent credence to suspicions that Intel was purposely delaying USB 3.0 support in its own chipsets (the company now promises USB 3.0 support alongside Thunderbolt in its 2012 Ivy Bridge release). And really, what right-minded consumer would choose USB 3.0's paltry 5Gbps transfer rate with Light Peak's superior 10Gbps bi-directional transfers (that's 20Gbps simultaneous send and receive) promised for 2010? Not to mention the 100Gbps transfers over 100-meter cables that Intel has cooking in the lab. 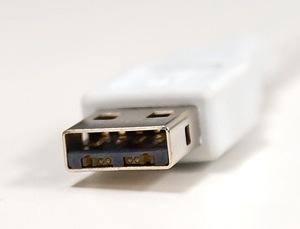 Better yet, Light Peak's ability to run multiple I/O protocols over the same port quickly led to fantasies of a single small connection replacing all those HDMI, VGA, DisplayPort, DVI, USB, FireWire, eSATA, and Ethernet jacks littering the circumference of our tablets and ultraportables. Fantasies that caused the internet to light up with headlines predicting an early death for USB 3.0. A fanciful notion happily promoted by Intel in early 2010 through repeated demonstrations of a Light Peak laptop equipped with a modified USB 3.0 connector (a prototype cable is pictured above via PC Pro) capable of accepting both USB peripherals and optical Light Peak devices -- right, just like Sony's so-called "proprietary" port announced for the VAIO Z.

Fast forward to January 8, 2011 when Intel revealed that Light Peak would initially run over less expensive copper wire, not fiber optics as originally announced. A move meant to reduce cost in hopes of wooing PC manufacturers already committed to the USB 3.0 roadmap. A month later and it was official: Apple's MacBook Pro was first to bring Intel's technology to market under the Thunderbolt trademark. Interestingly, it was the electrical Mini DisplayPort jack, a 2008 Apple creation later given the VESA seal of approval, that would take honors as the standard port for Thunderbolt -- not the hybrid USB port Intel had been demonstrating for the last year. The multi-protocol Thunderbolt interconnect is based on PCI Express and DisplayPort technologies out of the gate, with an Intel controller chip embedded in the new ports to handle the protocol switching. Even with the move to copper, the two bi-directional channels are still capable of delivering 10Gbps each, assisted by an active cable. At launch, cables are limited to 3 meters, although longer optical cables compatible with existing Thunderbolt hardware are in the works. So, that's settled: "Light Peak" becomes "Thunderbolt" and those early USB 3.0 / Light Peak hybrid jacks have been cast aside in favor of Mini DisplayPort. Well, not exactly.

Enter Sony and the announcement of its new 13-inch VAIO Z on June 27th. As rumored, Sony's optical Light Peak implementation was announced with a hybrid USB 3.0 connector even though Intel had settled on copper wiring and Mini DisplayPort four months earlier. A careful read of the VAIO Z announcement makes it clear that Sony's high-speed I/O data solution is "based on the architecture codenamed 'Light Peak'." See what Sony did there? It's based on Light Peak, which Intel will tell you is the codename for Thunderbolt. And strangely enough, the company famous for such inspired naming conventions as "Sony Music Unlimited powered by Qriocity" or the "Memory Stick PRO-HG Duo HX" hasn't named its unique take on high-speed I/O or its proprietary high-speed port, even though it's first to market with both. The VAIO Z spec sheet simply refers to the new jack as a "docking station / USB port" that supports USB 2.0 and 3.0 compatible devices in addition to the VAIO Z's Power Media Dock. Clearly, Sony is trying to downplay its implementation.

Naturally, we gave Sony a ring to discuss the company's new high-speed optical interconnect. Sony was very careful with its terminology during the conversation, calling the VAIO Z's super-fast connector a "Power Media Dock Port," not "USB," that just happens to work with USB 2.0 and 3.0 devices without an adapter. Sony told us that its choice of port designs was purposely done to maintain compatibility with as many USB devices as possible -- "we didn't want customers to be at a disadvantage," Sony stressed. To avoid any kind of Thunderbolt fragmentation, we were assured that the Power Media Dock would be on the only device capable of working with Sony's proprietary optical connection -- it will never work with Thunderbolt accessories. In fact, Sony sees its implementation as something entirely different than Thunderbolt due to the latter's copper underpinnings and reliance on Mini DisplayPort. For now, anyway, Sony tells us that it has no plans for additional Light Peak-based peripherals for the VAIO Z. Fortunately, the Power Media Dock already features 1GB of AMD Radeon HD 6650M graphics, a Blu-ray Disc (or DVD SuperMulti) drive; and HDMI, VGA, 1x USB 2.0, 1x USB 3.0, and gigabit Ethernet ports. Unfortunately, Sony was not prepared to discuss the technical details of its interconnect, so we're still not sure if it's 10Gbps, or something closer to the 100Gbps made possible by Sony's optical implementation.

That leads us to the USB Implementers Forum, an organization co-founded by Intel back in 1995 to help promote and accelerate adoption of USB-compliant peripherals. As you can imagine, the standards body isn't particularly pleased with Sony's choice of connectors. In response to our query about Sony's unique implementation, Mary Slonske, USB-IF press relations, directed us back to an August 9th, 2010 statement that clarified the use of USB connectors. In hindsight, the statement citing "recent industry developments" was clearly issued in response to Intel's repeated demonstrations of a Light Peak implementation that featured a hybrid USB 3.0 connector with both embedded optical and electrical interfaces -- the very same connector that Sony seems to have adopted for use on its new VAIO Z. Here's the meat of the statement:

As predicted, we're already seeing "consumer confusion" over Sony's USB Light Peak implementation. As to the "legal" issues mentioned, well, that's between the USB-IF members and Sony. Not that we expect anything to come of it with Intel's own Brad Saunders incestuously chairing the forum and Intel credited with co-inventing USB in the first place.

That brings us to Intel, the proprietor of the Light Peak technology. What on earth could motivate Intel to support Sony's non-standard implementation knowing full well the confusion it would create in the market? It's pretty straight-forward, actually, as described to us by Intel's Dave Salvator, PR lead for Thunderbolt:

"This project was started by Sony while we were talking to customers about optical Light Peak and before the branded Thunderbolt electrical solution was rolled out to the industry. The Thunderbolt spec uses a copper electric connection, and supports optical via active optical cabling. This change came in response to broad customer feedback. Sony elected to complete this design for their proprietary docking solution."

In other words, by the time Thunderbolt was formalized, Sony's ship had already left the (Power Media) dock. Dave also confirmed that Sony's implementation will only work with Sony's Power Media Dock, so fragmentation should not be a concern.

It's worth noting that Intel doesn't mean you and I when it says "broad customer feedback" in the quote above. Chipzilla is talking about its OEM customers who balked at the costsassociated with Intel's fiber optic solution. Back in September of 2010, the EE Times quoted an unnamed senior engineer working for a top-tier PC manufacturer, who claimed that Intel's optical Light Peak solution would add an "unacceptable" $5 - $10 for Light Peak chips, modules, and cables. Comparing that to USB 3.0, he said, "Twice the data rate for that cost just doesn’t make sense -- it's taking profit margin away." And there, dear friends, is the issue. 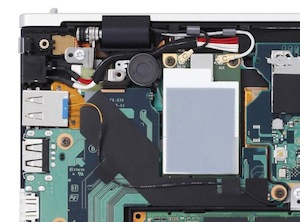 Given our druthers, we, Intel's ultimate downstream customers, would prefer Sony's USB-shaped hybrid connector over the Mini DisplayPort jack selected by Apple and Intel. We want to attach Thunderbolt accessories and USB 2.0 and USB 3.0 devices without adapters per Intel's original design. How liberating would that be? At least we think that's our preference. Sony's unwillingness to discuss cable mechanics, bus-power, or throughput on its Light Peak implementation leaves plenty of room for surprises.

Just look at these numbers: in early 2009 Intel was quoting two billion USB devices sold each year with an estimated six billion products in the market. Six billion, or over 10 billion adjusted for 2011. Now that's a standard, especially when comparing those figures to the smattering of displays and projectors using DisplayPort and Mini DisplayPort connectors. And it's not like Thunderbolt accessories are flooding the market (the first just launched last week) to make up the difference. Apple skipped USB 3.0 on its latest iMac and MBP refreshes so owners will definitely want a Mini DisplayPort-to-USB adapter or Mini DisplayPort-to-USB hub to make the most of their USB 3.0 devices. Granted, you can't buy these now, but when you can they'll certainly cost more than $10 if Apple's $49 Thunderbolt cable is any indicator.

How ironic that Sony, of all companies, finds itself shackled with what could have been a universal interconnect, neatly bridging the legacy electrical world of USB with the incredibly fast optical interconnect of the future, only to have its solution tagged "proprietary" after Intel and Apple changed the rules. While it's fun to chastise Sony for its oft proprietary ways, this time at least, the blame lies elsewhere.