While every consumer tech company under the sun is battling for 3D supremacy in the living room, Nvidia has comfortably maintained its near monopoly on PC-based 3D. Its technology is relatively ancient in terms of active-shutter 3D, and now Nvidia is bringing out a second generation of 3D Vision to (hopefully) reestablish the company's technical dominance of the category. Luckily, there's no shortage of new features in 3D Vision 2. The new glasses have a softer, more comfortable build, and larger frames for a wider field of view. But more importantly, the glasses are compatible with new 3D LightBoost displays. Nvidia's tightened up its IR-based timing, which means the glasses can keep the shutters open longer, with even less ghosting and crosstalk.

A 3D Vision 2 glasses and IR emitter kit runs for $149, and an extra pair of glasses is $99, but to take advantage of LightBoost you'll need a new monitor. Lucky for you, Asus is building the 27-inch VG278H 1080p screen just for this purpose. IT has a built in IR emitter, includes a pair of 3D Vision 2 glasses, and runs for $699. Acer and BenQ will be following up with their own screens in the "coming months," and Toshiba is going to have a few LightBoost-ready laptops soon as well. The basic 3D Vision 2 kit will be available sometime this month.

I got to play a bit of the new Batman game briefly using 3D Vision 2, side by side with the original system, and I did indeed find 3D Vision 2 much improved. It's really incredible how much more palatable 3D is when it's not dimming your picture significantly. I also found the glasses more comfortable, so another win there. 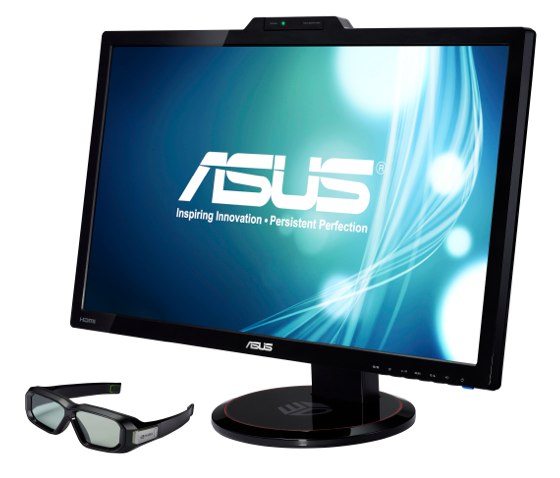