We’ve been fans of the Jawbone Jambox ever since its late 2010 launch. Although its $200 price tag is sure to cause a double-take, living with a Jambox for the last six months made me a believer in the portable Bluetooth 2.1 speaker powerhouse with 10-hour battery (depending upon use). Today, the little 57 x 40 x 151mm speaker gets even better thanks to a free 2.0 software update that adds LiveAudio to the mix - Jawbone speak for playback of three-dimensional binaural recordings. I was skeptical that any tweak to the unit's DSP would be worth my attention, let alone yours. But all doubt was cast aside once I found suitable tracks to exploit the feature. 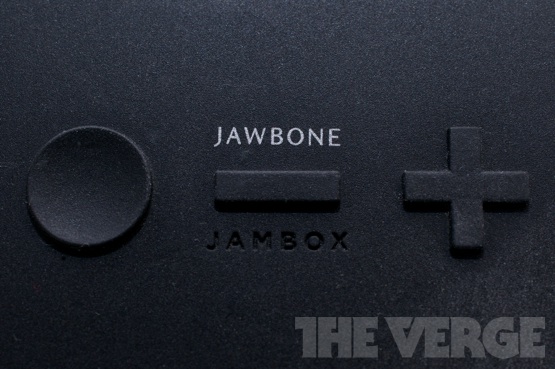 The 2.0 update was fairly painless, requiring a visit to the MyTalk section of the Jawbone website and then tethering the Jambox to my Mac. From there the update took about a minute. The first few tracks I listened to -- "Myxomatosis" by Radiohead, and "I Would For You" by Janes's Addiction -- sounded worse (quieter and flat across the lows, mids, and highs) with LiveAudio enabled. Fortunately, the company pointed me to a few Spotify tracks that could exploit the three-dimensional audio feature including "Moving in Stereo" by The Cars and "07 Ghosts 1" from Nine Inch Nails. These tracks, in particular, were significantly enhanced with LiveAudio enabled -- something you can quickly toggle by pressing and holding the "+" and "-" keys simultaneously. The effect does require the listener to be at ear-level with the speaker at a range of about three to five feet, and it won't work over the Jambox's tethered 3.5-mm audio cable -- it's a Bluetooth-only feature. The result, however, was undeniable. 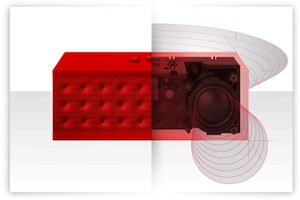 Unfortunately, the effect only works on tracks recorded with three-dimensional binaural listening in mind

Listening to the swirling introduction of the The Cars, "Moving in Stereo" was like standing in a new wave Osterizer with Paulina Porizkova running her fingers through my hair... and that's a good thing. Unfortunately, the effect only works on tracks recorded with three-dimensional binaural listening in mind. Thus, I found myself constantly toggling the feature for each new track in order to test the benefits. Behavior that'll get old, quick.The 2.0 update is available now.