Nokia is using its burning platform to push NFC to low-end users — it's just launched two NFC devices: the budget-oriented 603 phone running Symbian Belle and the Luna Bluetooth Headset. The phone has swappable back panels that match the bright colors of the Luna and indicate that the two belong together. The pairing mechanism is pretty simple — just insert the headset into the base, touch it to the phone and NFC takes care of the rest. Pop the headset out to connect to the phone and answer a call, and re-insert to hang up and charge the 8-hour battery. It can pair with two phones at once, and attaches to your head with a noise isolating in-ear tip. 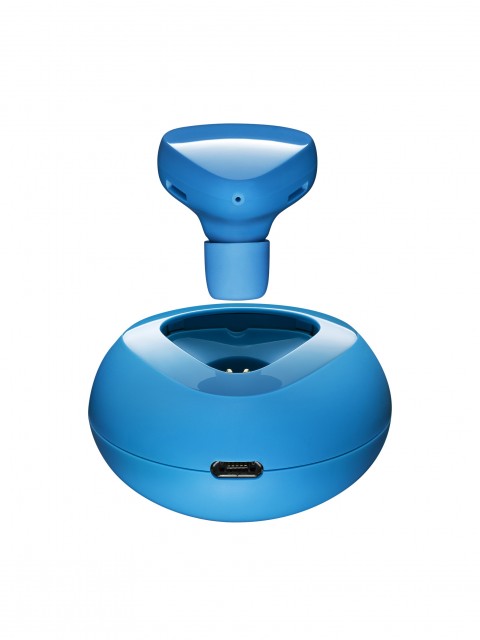 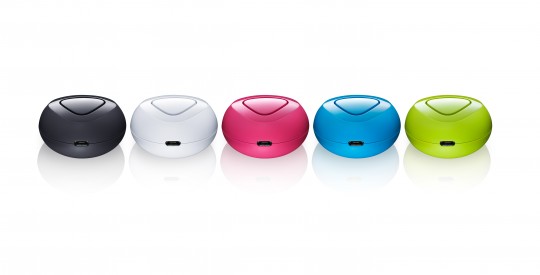