We’re only a few hours away from the live Samsung-Google event where we expect to see the first Android 4.0 device released into the Hong Kong wilds. Now, almost per script, out pops the best look yet at the Galaxy Nexus handset headed to Japan’s NTT docomo. The whole thing gets an extra dose of believability thanks to an NTT docomo tweet from earlier today saying that the "latest Android OS smartphone" being announced tonight (tomorrow in Hong Kong) is "scheduled for release in November."

A little inspection of the poster above reveals specs consistent with rumors: 1.2GHz dual-core OMAP4460 processor, a 4.65-inch (or "4.7-inch" if you prefer) HD Super AMOLED display, Android 4.0, and a 5.1 megapixel primary camera. We also see what looks like the planned October 11th announcement date at the bottom of the poster. A bit of trolling through Japanese forums yields yet another image of the Galaxy Nexus in NTT docomo’s 2011 / 2012 lineup.

See the tweet and a purported NTT docomo 2011-2012 device lineup showing yet another glimpse of the much anticipated Nexus device below. 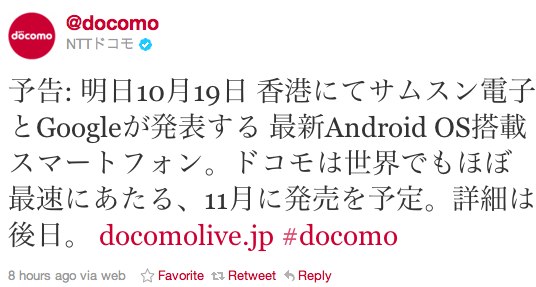 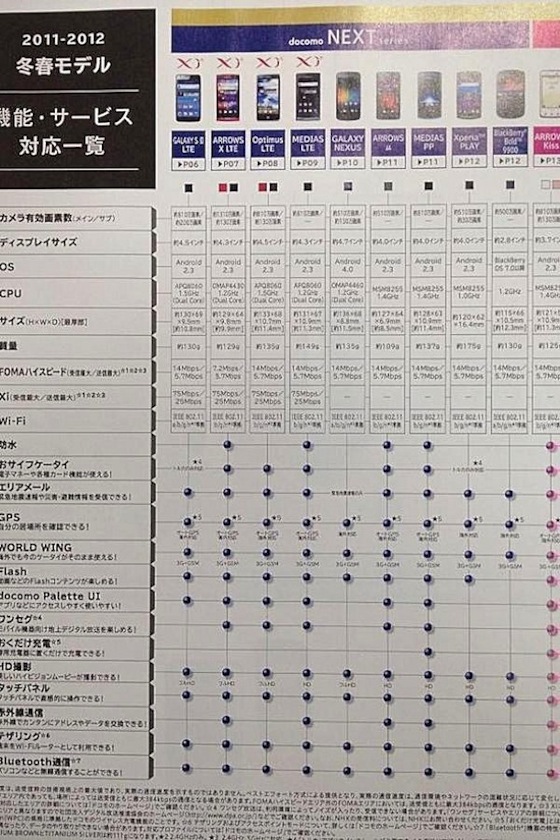