Galaxy Nexus versus the competition: by the numbers

Share All sharing options for: Galaxy Nexus versus the competition: by the numbers 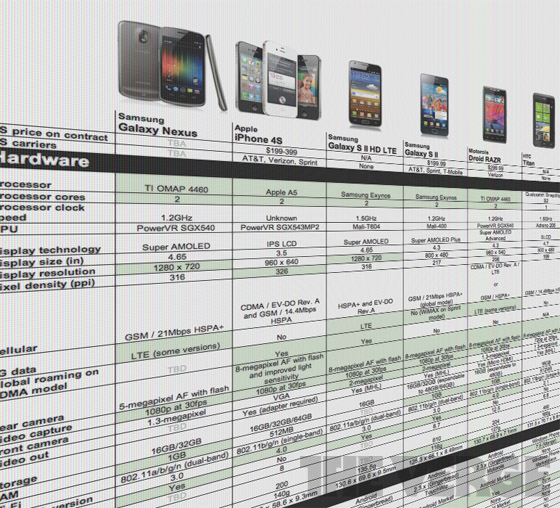 Samsung's Galaxy Nexus might represent the biggest evolutionary leap for Android since it premiered on the G1 back in 2008. The hardware is a pretty big deal, too — 720p displays and LTE radios both represent the very bleeding edge of smartphone capability, and high-quality cameras with 1080p video capture are still a relatively recent innovation. And as a "Nexus" device, Google has gifted the phone with Android 4.0 Ice Cream Sandwich — the very first retail device to ship with the new platform, which represents a pretty big shift in user experience from the Gingerbread devices that we've become accustomed to over the past year.

Of course, the Galaxy Nexus isn't the only high-end smartphone on the block, and countless recent competitors — including the 7.1mm-thick, LTE-equipped Motorola Droid RAZR announced just earlier today — are going to be scrapping to steal the spotlight through the holiday season and into early 2012. We've broken down the key hardware and software specifications for six models, all representing the best that their respective platforms have to offer: the iPhone 4S, the HTC Titan for Windows Phone, and the Galaxy Nexus, Samsung Galaxy S II, Galaxy S II HD LTE, and Motorola Droid RAZR for Android. Where a particular spec gives a device a noted advantage, we've colored the field green. Is there a clear winner? On paper, most definitely not — and that's great news for champions of all three platforms.

We'll be updating this over the course of the evening as we learn more. 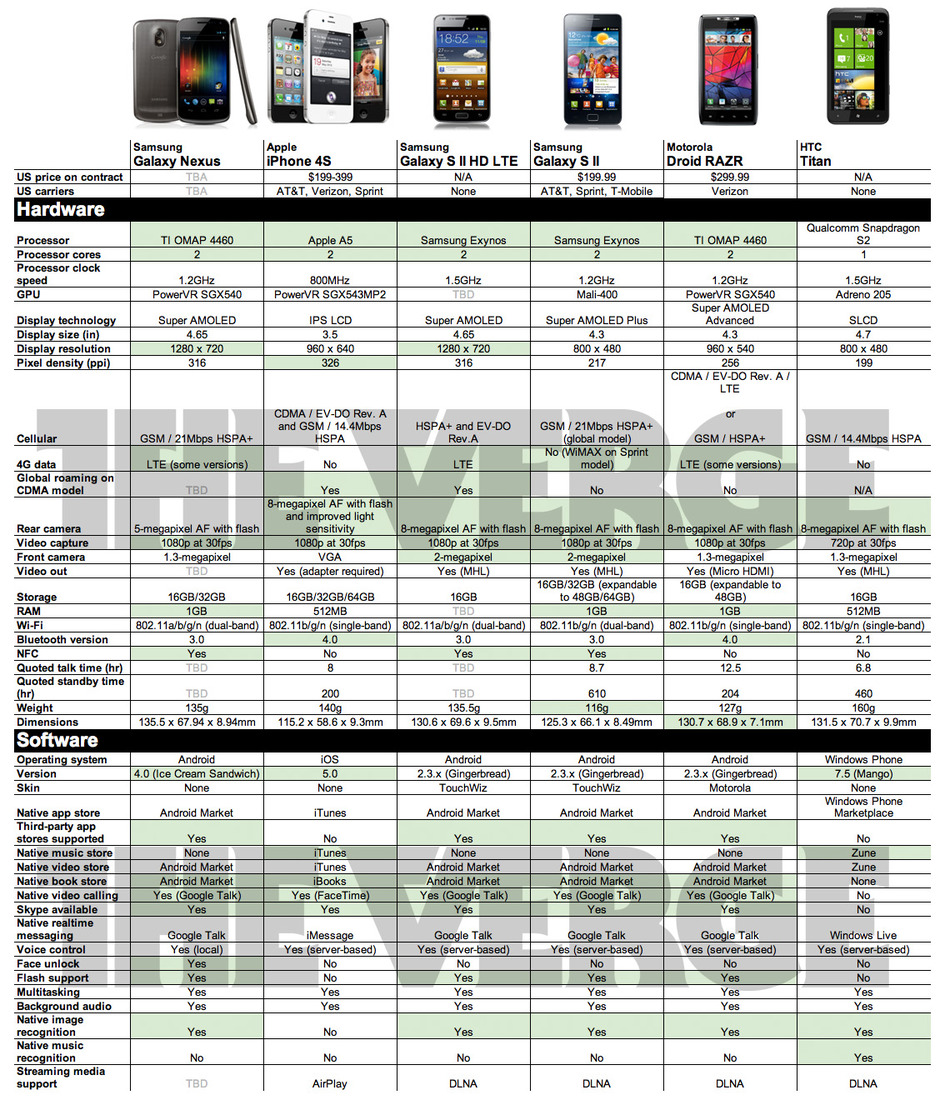 Also check out our hands-on with the Galaxy Nexus and our exclusive interview with Matias Duarte.