It looks like Best Buy has inadvertently leaked something called the Sirius XM Lynx portable satellite radio, presumably one of the two radios Sirius XM promised after unveiling its Satellite 2.0 platform earlier this year. The battery-powered Lynx has built-in Wi-Fi for connecting to Sirius XM 2.0 over the internet, or it can be placed in an (optional) car kit, home kit, or portable speaker dock to receive satellite signals. The Lynx also has a multi-touch display that takes advantage of the new Android-based platform, a microSD slot for listening to your own music, and of course, it supports Satellite 2.0 features including additional "Xtra Channel" programming, a "Start Now" on-demand option, and the ability to pause and rewind live content. We don't have a shipping date, but the leaked page lists the Lynx at $249.99. 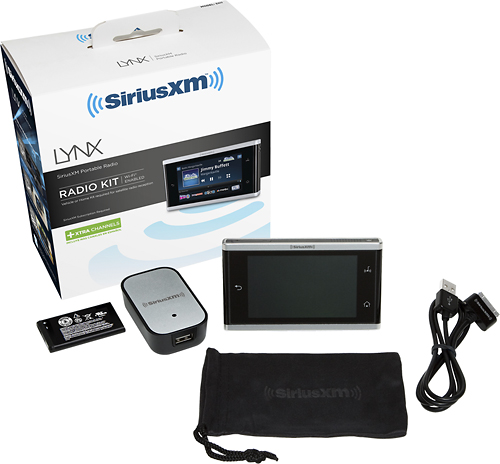