Is the new iMac just another processor bump, or is it a serious upgrade?

Hard to believe it's only been 10 months since the last iMac update, but Apple's venerable desktop needed a quick bump to stay current with Intel's Sandy Bridge processors and the Thunderbolt interconnect. So here we are, looking at the $1,999 27-inch 3.1GHz Core i5 iMac, which is the fastest stock configuration. (There's a 3.4GHz Core i7 available build-to-order, but we wanted what you could buy in a store today.) In addition to the new processor and Thunderbolt, Apple also bumped the graphics card to an ATI Radeon HD 6970M, which the company claims offers three times the performance of the outgoing model, added a 720p FaceTime HD webcam, and tucked an ambient light sensor into the case for automatic brightness adjustments. So has the best all-in-one PC gotten even better, or is Apple just keeping pace? Read on to find out.

At first glance, it's almost impossible to tell the new iMacs apart from their predecessors -- Apple's been using this case since October 2009, and it hasn't made any major external changes in this iteration. However, if you look closely, you'll notice that the FaceTime HD webcam is a little off-center, as it's been pushed to the right by the ambient light sensor, and around back you'll of course notice the Thunderbolt ports on the back -- a single port on the 21-inch model, and dual ports on the 27-inch.

The iMac has long had one of the best displays of any all-in-one, and nothing's changed in this generation. Both models sport an LED-backlit IPS panel; the 21.5-inch model offers 1920 x 1080 resolution while our 27-inch tester cranks it up to 2560 x 1440. (For comparison's sake, it costs around $1,000 to get an equivalent 27-inch panel in an external monitor like the Dell UltraSharp U2711 or Apple Cinema Display.) Apple also says that every iMac is individually color-calibrated at the factory, which is a nice touch, especially on a consumer machine that may never otherwise be adjusted. That ambient light sensor also works as advertised -- which is to say, just like the one on the MacBook, MacBook Pro, iPhone, and iPad.

Of course, you're stuck with the iMac's super-glossy display finish, which I don't really mind, but some find incredibly annoying. It's less of a problem on a desktop than a constantly-mobile laptop, and glossy displays are ubiquitous in the consumer space, but it's something to consider.

The standard peripherals are now wireless by default; the Magic Mouse is standard but you can switch to the Magic Trackpad for no charge, an improvement from last year. I'd take the trackpad, personally -- you can get a much more comfortable third-party mouse for far less than the $69 either Apple accessory costs separately, and it's clear that gestures will play a big part in OS X Lion when it arrives. In fact, I wouldn't be surprised to see the Magic Trackpad become the standard pack-in after Lion ships.

That's really it from the outside of the case, but I can't let this go without noting a minor niggle with the iMac's design: the close proximity of the DVD and SD slots on the right side makes it far too easy to accidentally put an SD card in the DVD slot if you're not looking. A quick Google search reveals that I'm far from the only one who's had this problem -- let's hope the next major iMac revision puts the slots on opposite sides of the case. 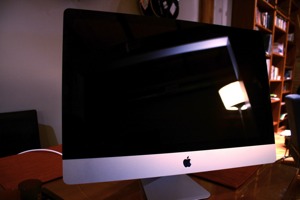 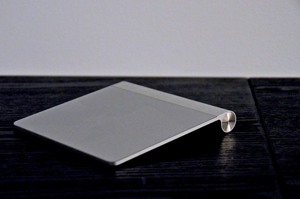 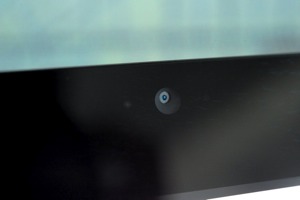 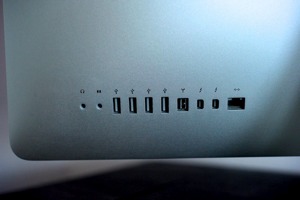 Like the MacBook Pro, the iMac now features a 720p FaceTime HD webcam. Apple says families and friends often group in front of the iMac to make calls, so it's increased the camera's field of view so two or three people can comfortably fit in the shot at once. It's a nice touch, and the extra resolution is definitely appreciated when making calls, but the absolute lack of adjustments still irks me -- even just white balance and exposure settings would go a long way.

There's still just not much to say about Thunderbolt; it was only announced three months ago, and peripherals that support the 10Gbps interconnect are few and far between. That doesn't mean they're not coming -- LaCie, Promise, and others have already announced products -- but right now we're all still waiting for things to develop. In the meantime, the dual Thunderbolt ports on the iMac can be used to hook up two external displays, and other Thunderbolt-equipped Macs can use the iMac as an external display in Target Display Mode, so the ports aren't totally useless -- just think of them as plucky Mini DisplayPorts with a dream. 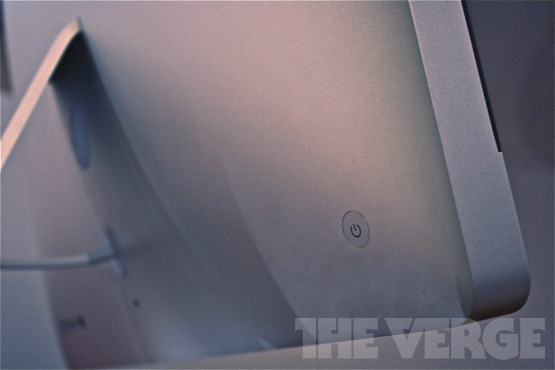 Given our experience with other Sandy Bridge-based systems, it's no surprise that the new iMac shines in the performance department as well. The entire line has moved to quad-core processors with new AMD Radeon HD GPUs -- the entry-level $1,199 21.5-inch iMac has a 2.5GHz Core i5 with a 512MB Radeon HD 6750M, while our 27-inch tester represents the top stock configuration and clocks in at $1,999 with a 3.1GHz Core i5 and 1GB Radeon HD 6790M. As you can see from the benchmarks, it's a thoroughly capable machine -- we never experienced any slowdowns while working with it, and we clocked a rock-solid 60fps in Portal 2 at 1680 x 1050 resolution and well over 100fps in Half-Life 2: Episode 2. 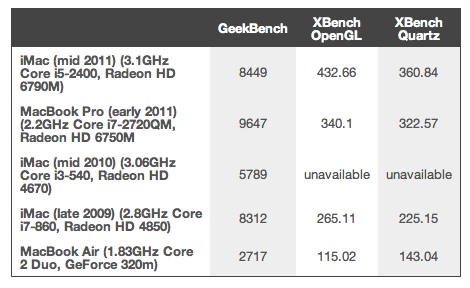 You'll note that the $2,199 2.2GHz Core i7 MacBook Pro scored slightly higher on GeekBench, and within range on the other benchmarks. It's an interesting dilemma if you're considering a high-end Mac: do you choose the gorgeous 27-inch display, or take nearly the same performance in a portable and sacrifice some screen resolution and a Thunderbolt port? These are good problems to have. Oh, and speaking of options, you can also configure the iMac into the stratosphere: we created a monster 3.4GHz Core i7 config with a 2GB Radeon HD 6790M, 16GB of RAM, and dual 256GB SDD / 2TB HDD storage for $3,469. That's creeping up into serious professional territory, and I wouldn't be surprised to see pros start looking at the iMac as production-capable machines, especially if Thunderbolt peripherals can reduce or eliminate the need for PCI capture cards and storage controllers. Apple played pretty coy when I asked them about that possibility, but it feels like the door's being nudged open -- we'll see if Thunderbolt takes off enough to make it happen. 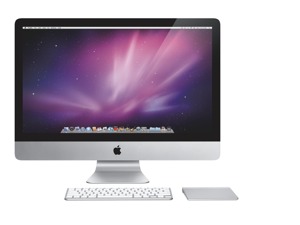 Every year I review the iMac, and every year my conclusion is the same: the iMac remains the single best all-in-one computer available. The 27-inch model is virtually the only machine of its class on the market, and it's hard to argue with its $1,699 entry price given that a similar IPS display alone costs nearly $1,000. There's far more competition for the 21.5-inch model, but nothing that blows it away: the $1,049 HP TouchSmart 610xt and $1,099 Lenovo A700 offer 23-inch touchscreens with the same 1920 x 1080 resolution as the iMac, but both feature only a 2.66GHz dual-core mobile Core i5 and slower Radeon at that price, while the $1,099 Sony VAIO L has a 24-inch 1920 x 1080 touchscreen display but struggles along with a 2.3GHz dual-core mobile Core i5 and Intel integrated graphics. I'd call that matchup in Apple's favor, especially given the near-useless state of Windows 7 touch overlays.That's not to say that the iMac is perfect: it's still frustrating that Apple ships such beautiful displays but doesn't offer a Blu-ray drive, which is the best way for the average consumer to watch high-quality 1080p content. (And iTunes movies are still 720p!) The potential for tragedy remains high as long as the SD and DVD slots share such intimate quarters. And we're pretty sure Apple's displays get glossier every year. But these are the same faults the iMac has had for years now, while the positives have gotten substantially better. It's a winning formula that's thus far eluded Apple's competitors -- and we imagine the company will eventually decide to change the equation entirely.