After years of rumors and wishful thinking, the PlayStation phone is real — but is it worth the wait?

Rumors of a “PlayStation phone” — most likely borne of wishful thinking more than anything else, especially early on — have been lingering for almost as long as I’ve been writing about gadgets and games. So to say the Xperia Play is a long time coming is something of an understatement. The devices started to pop up on global carriers as of April 1st, but it wasn’t until May 26th that it landed stateside via Verizon Wireless. So, is it worth the wait? Is this the perfect combination of Android and PlayStation, does it carry the burden of both brands, or does it fall somewhere in between? Read on to find out! 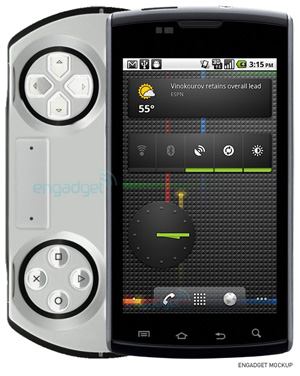 You can trace the Xperia Play’s origins to as far back as September 2006, when Sony Ericsson SVP of Product and Application Planning Rikko Sakaguchi was "working on something" related to a PlayStation phone in the same vein as the company had done with the Walkman and Cyber-shot phones.

The first tangible evidence of the Xperia Play came in August 2010, when the team from Engadget (myself included at the time) broke the news of a Sony Ericsson device with both Xperia and PlayStation branding, Android Gingerbread, and a slide-out gamepad. (The specs we got at the time were about spot-on, too, as was the product image.) Full launch came in February, both during the Super Bowl and at Mobile World Congress, and well, here we are. 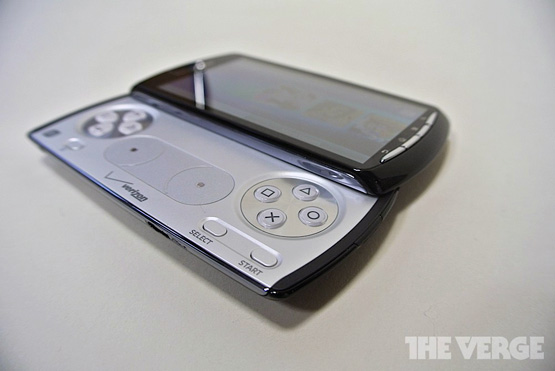 The design itself is very much in line with the Xperia X10 aesthetic — a curved top and bottom, gloss screen, shiny silver buttons — super glossy and dust-loving, too, which makes it hard to keep clean. It’s got Qualcomm’s 1GHz MSM 8655 "Scorpion" Snapdragon, an Adreno 205 GPU, and 512MB RAM. At 6.2 ounces, it’s certainly on the heavier side, but nothing egregious. The 5.1 megapixel rear camera is actually a step back from the X10′s lens; it’s good, but the colors never quite come out as vividly as I’d like. Although I haven’t done extensive testing on the battery, the phone seems to last just under a full day under normal use.

Then there’s the 4-inch, 854 x 480 display. I’m not sure what the deal is, but the max brightness of the screen is criminally low. Even in a moderately lit room, the glare made some parts of Crash Bandicoot incredibly challenging.

What makes the Xperia Play stand out, of course, is its slide-out gamepad. The d-pad, face buttons (PlayStation’s traditional square / triangle / circle / X) and L / R triggers are snappy and responsive; the trackpads, however, are rough and imprecise. That slide-out gives the phone a total depth of 16mm, easily the thickest phone on my desk right now. 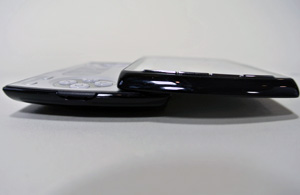 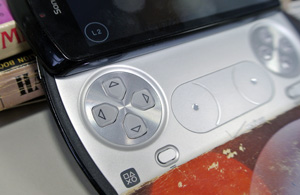 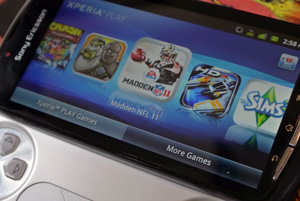 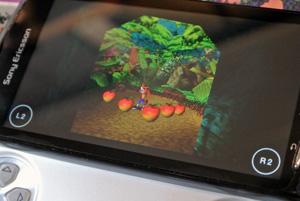 Sony Ericsson was surprisingly (and thankfully) conservative with its customization with the Verizon model — even more so than it was with the European counterpart. Android 2.3.2 has been largely left alone here, aside from a few additional (and optional) widgets. There is some stuttering when switching between panes, but it’s otherwise a pretty smooth experience.

Then there’s the Xperia Play play app, which is really two portals in one: your library of games and a section to shop for more. Both look identical, and at first glance you might get the two confused. Game icons are lined up in a navigable row. Many of the titles are just Android games with some added gamepad functionality — none of which really add much to the experience. It’s also a shame that there’s no way to tell which games are built with Xperia Play and which are these pre-existing "augmented" Android titles. It’s a missed opportunity that should be highlighting the cream of the crop, the titles that really justify the "classic" controls. Performance-wise, all the games I played ran about as smooth as I’ve been seeing elsewhere (e.g. Asphalt 5), but compared with dual-core phones the load times were decidedly slower.

The three games that do stand out to me are Star Battalion (a Starfox knockoff), the Tekken-esque fighter Bruce Lee Dragon Warrior, and Crash Bandicoot. The latter is a bit-for-bit port of the PS One original, and includes options to adjust controls for use of the trackpads and / or adding on-screen keys to compensate for the lack of L2 / R2. The game hasn’t quite stood the test of time, and given the 4:3 aspect ratio, I don’t see any reason why it couldn’t be played just fine with some on-screen button overlay in the black bars. Fun? Sure, but there’s certainly nothing of the quality you’d get with a DS, PSP, or iPhone / iPod touch — and most of what’s good is available for other Android devices. 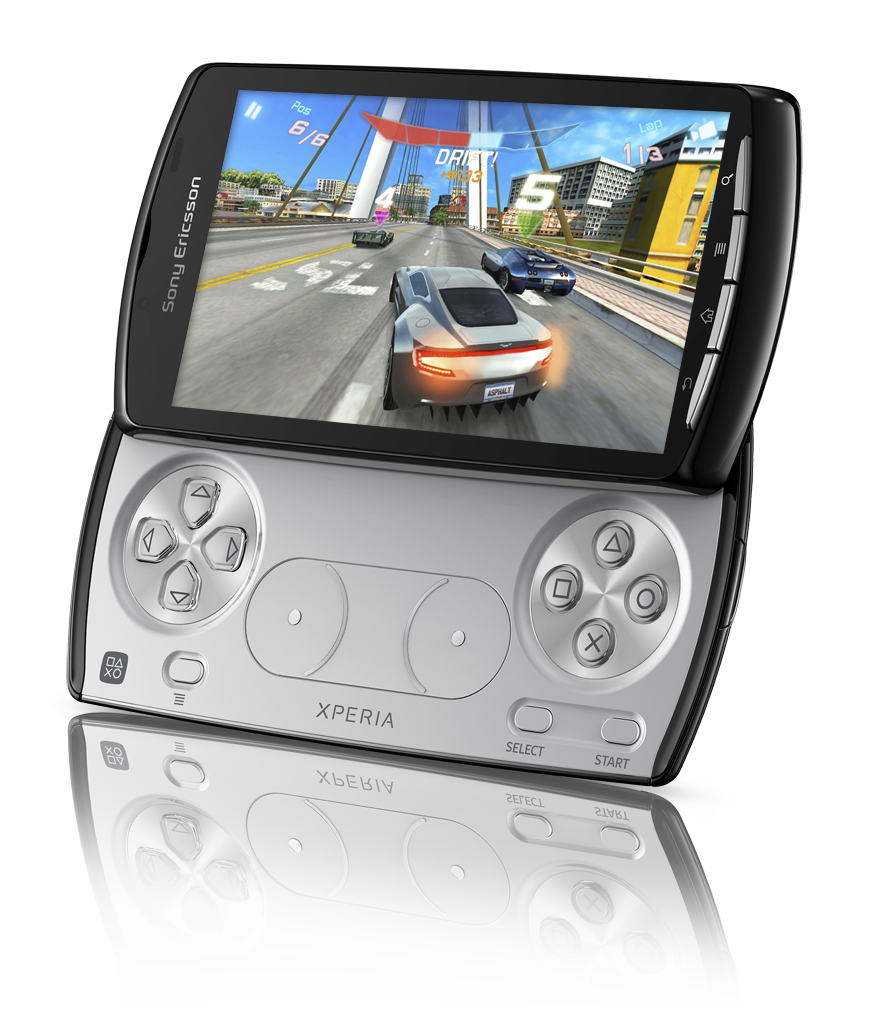 Based on hardware alone, the Xperia Play is not an inspiring choice. The specs and Android experience are good but not great, the display is surprisingly dim, and at risk of sounding too broad, there are no games that really justify the gamepad and added thickness.

However, what’s more important here is PlayStation Suite — there’s really no other reason to get this phone over any number of Android devices on the market. At this point, the selection of games is sparse and the quality is subpar. I was hoping there’d be more talk of Suite’s future in Sony’s E3 keynote, but it was literally a blink-and-you’ll-miss-it nod to the service before changing the focus to the (honestly much more impressive) PlayStation Vita, whose Suite support takes a backseat to its proprietary software and even its downloadable PSP software.

I wish I could say there are better games on the horizon, but Sony obviously isn’t saying much. If there are, at that point there should be a better piece of hardware out to support. (I was told at E3 other PlayStation Certified devices would be coming out this year from companies other than Sony itself.) And if there aren’t, if the support isn’t coming, then I really don’t know where PlayStation Suite fits in Sony’s future strategy. Hey, at least there’ll be Minecraft.