Chumby grows up with a new form factor, a new user interface, and perhaps a new lease on life.

Is Chumby all grown up? Well, maybe we should be taking a step back: do you even know what Chumby is? The California company has been shipping hardware for nearly five years now, but they’re still very much under the radar — odds are pretty good you don’t have a Chumby, nor do you know anyone who does.

That said, they’ve managed to attract a following that’s far too large to ignore. Both Sony and Best Buy have felt strongly enough about the company’s platform to design and release their own Chumby-powered devices (in fact, Best Buy has released two). And I suspect that Chumby’s original model — a cute, bizarre, plush leather ball with Wi-Fi and a touchscreen LCD — is poised to reach collector’s item status now that it’s out of production.

But back to the point. To put it succinctly, the Chumby platform lets you configure slideshows of small, lightweight apps that convey information and entertain you: clocks, RSS readers, photos, simple games, and so-on. In turn, any Chumby-powered device can access those slideshows (called “channels” in Chumby parlance). At its core, the idea is to have an intelligent box on your nightstand or next to your computer that can serve up tiny chunks of information that you’re constantly looking for — and possibly replace your framed photos, your radio, and your alarm clock along the way.

The Sony Dash may be the most well-known of these units, but Chumby has also produced three commercial models of its own over the years. Of those, the $200 Chumby 8 is the latest and greatest (and, thanks to the 8-inch display, the largest). Let’s have a look.

Pretty much everything on the packaging hints at what Chumby is all about: whimsy (then again, how can a company that produces a leather ball with a touchscreen not be whimsical?). A note in the upper right of the box proudly proclaims "it has the Wi-Fi's!!" followed below by "it's like, totally awesome." The logo looks a little more like "Chumby Infinity" to me than "Chumby 8," but it's definitely called Chumby 8 (I guess it's an "8″ on its side). You're just going to have to trust me on this. And I'm guessing Chumby doesn't really mind it being called Chumby Infinity anyway, because that would be an awesome name.

Inside the box you'll find nothing more than the unit, the AC adaptor, and a brief manual. Setting up the Chumby 8 is drop-dead simple, and realistically, you don't need to crack open the documentation (I didn't): just plug it in and follow the handful of prompts to get it connected to your network. You'll need Wi-Fi for it to be useful, but let's be honest — if you don't have a Wi-Fi network, owning a Chumby is the furthest thing from you mind. To "activate" the Chumby 8, you'll create an account on chumby.com and be presented with a grid of sixteen bubbles that you need to match on the device by touching them to toggle their color. Sounds complicated and difficult, but it's not — just the opposite. It's actually pretty innovative, and considering the obvious lack of a physical keyboard, I preferred it to having to enter in a long hex code or something of the sort. 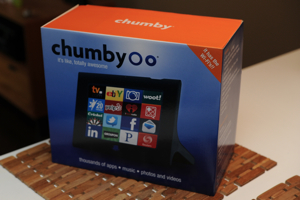 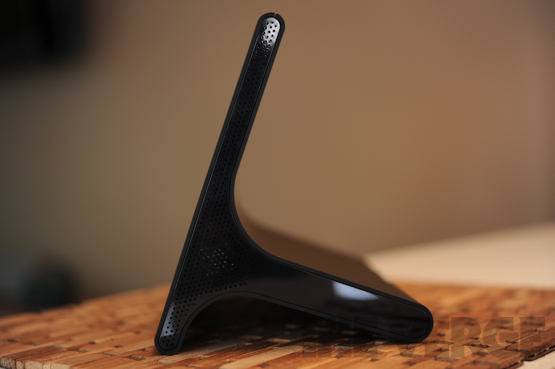 Physically, the unit is... well, plain. Matte black with simple lines and curves — it makes the understated Chumby One look a little psychedelic by comparison. Considering Chumby's history, I'm not sure what might have possessed them to go with such a basic look other than a desire to sell more units by appealing to a more mainstream audience (which I can't really blame them for). The good news is that they're also making a red version that dials up the crazy factor a notch, but when I first saw a Chumby 8 prototype back at CES this year, it was white with orange trim and an off-center gray stripe. It looked pretty awesome, and I'm hoping they end up firing off a few "designer" special editions like that for the hardcore Chumby purists out there.

On the front you'll find a light sensor and microphone, both fairly well-concealed, along with a single button along the top edge that's used as a sort of combination Home and Back function. On the left edge you've got the power button — which you'll rarely use, most likely — along with SD and CF slots for pulling in media (more on that in a bit). On back you've got two USB ports, a 3.5mm headphone jack, and the power port. Concealed somewhere in the perforated edges are the speakers, which are allegedly capable of stereo output; they ended up being perhaps the biggest disappointment of the device for me, unfortunately. I found the sound quality to be poor at best — muffled and with practically zero bass, not unlike trying to use your smartphone's loudspeaker for playing music. If you're used to that level of quality and you're okay with it, you'll have no problem here — but I expected more. Along those same lines, I would've preferred the headphone jack to be along the edge for easier plugging in and out. Presumably you won't always leave your buds jacked in, and reaching around back can be a pain depending on how (and where) you have the Chumby 8 placed.

The display is obviously not an ultra high-end component — there's no arms race here like there is in the smartphone world, that's for sure. The black levels won't blow your mind, but all that really matters is that you can get it bright enough for indoor daytime use and dark enough to set next to your bed... and indeed you can. That said, I definitely would've preferred a capacitive touchscreen, particularly because there aren't really any elements of Chumby's UI that require resistive precision. After an hour or so of hit-or-miss touches with my fingertip, I found that I started unconsciously using my fingernail to control the unit. Not a big deal — especially since you won't be touching it a lot once you have it set up to your liking — but it's definitely a throwback to resistive handhelds of old. 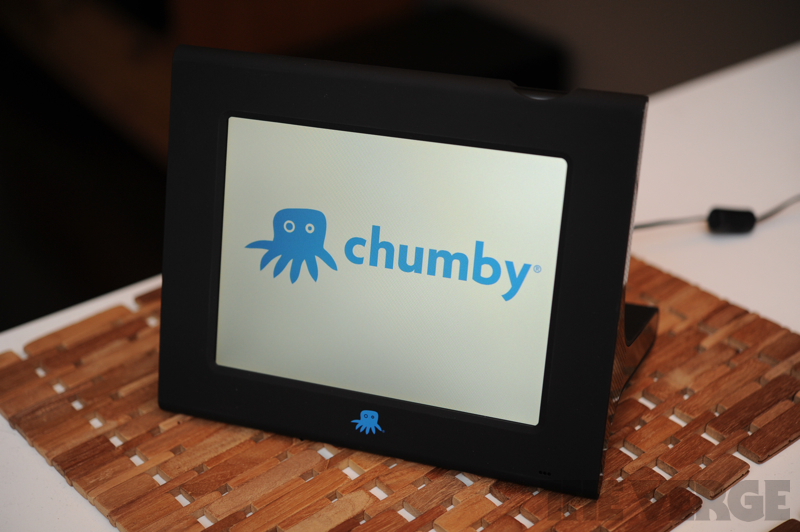 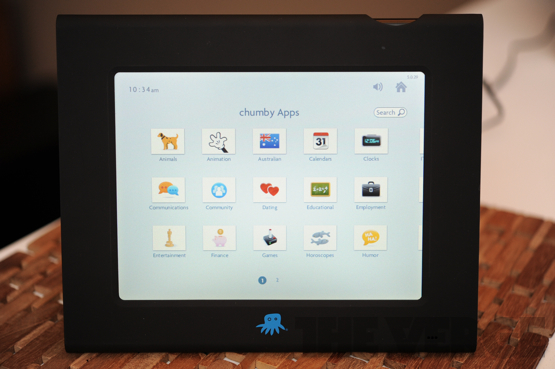 I won't go into Chumby apps or channels — they're the same as they've always been, and you can check them out for free right now on Chumby's site without even needing any hardware. They're really the meat of what Chumby's all about: apps are the individual screens of information, and channels represent configurable "slideshows" of those apps that play in a perpetual cycle. The platform is open and simple enough so that if you can't find apps to your liking among the 1,300 or so available, you probably know a Flash developer who could code one up for you with half a days' work. Fortunately, if all you want is something that can cycle between a nice-looking clock, weather, news headlines, and maybe a Flicker feed or two, you definitely won't need to do that.

What does bear mention is the underlying user interface, the chrome that lies around the apps and channels. It's new for the Chumby 8 — a side effect of the added screen real estate and the beefier processor — and it's a marked improvement from the Chumby One and Classic. The top-level home screen consists of just five icons for accessing your channels, all Chumby apps, music, photos and video, and alarms. The dedicated top-level access to alarms is key for making this a viable bedside alarm clock, obviously, so I was delighted to see it there.

I think my least-liked aspect of the Chumbys of old was limited channel and app management on the Chumby itself — basic tasks would usually require a round trip to your computer to access your account on the website. That's all gone with the Chumby 8: you can edit channels until you're blue in the face right from the unit itself. One feature I really appreciate is the ability to view all the apps associated with a particular channel as a grid of thumbnails, tap on just a few of them, and hit Play — you'll get a slideshow of just those selected apps, not the entire channel. No need to permanently edit the channel or create a new one.

As music goes, the Chumby 8 currently supports your own tracks on external storage plus eight streaming services out of the box, including really important ones like Pandora and Shoutcast. Notably missing is Rdio, though I wouldn't be surprised if someone was working on it (speaking from personal experience, Chumby tends to push operating system updates pretty regularly). You can play music in the background and access a mini-player from the note icon in the upper right of the display, or if you're currently playing a channel, by pressing the big button on the top of the device. That's another feature of the Chumby 8 I really enjoyed: pressing that button while using a channel brings up a comprehensive utility bar where you can pause your music, skip through tracks, and edit the channel inline or "pin" the current app so it stays on-screen without advancing. It's convenient if you just want to use the device as a no-frills clock or photo frame for a while.

The photo and video playback functionality was basically unusable for me. I popped in the SD card from my Canon PowerShot S95, and neither the movies nor the standard JPEG stills would reliably play back. Some would show briefly before flashing to a solid green display. Your mileage may vary, but I'd definitely consider this "bonus" functionality unless it's made solid through future updates — if you want to use the Chumby 8 as a photo frame, you're probably going to be better off using the Flickr app or something similar in the meantime.

The awesome alarm functionality on this device is what has me seriously considering replacing my alarm clock. You can simply play one of the Chumby 8′s built-in alarm tones if you want, but there's a separate option — scheduling a "task" — that's far more powerful. From this option, you can cause the device to do one of seven types of activities at the alarm time, including firing up locally-stored or streaming music or playing a channel. The scheduling is flexible, too, letting you configure the alarms to go off only on certain days... and of course you can schedule multiple alarms at the same time. 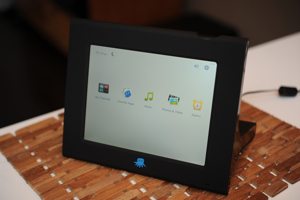 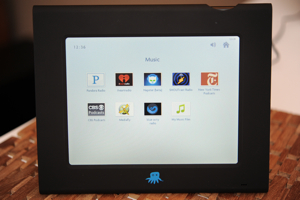 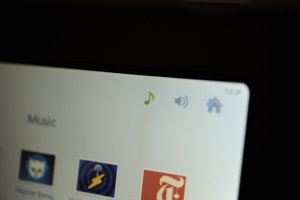 Our review of Chumby8 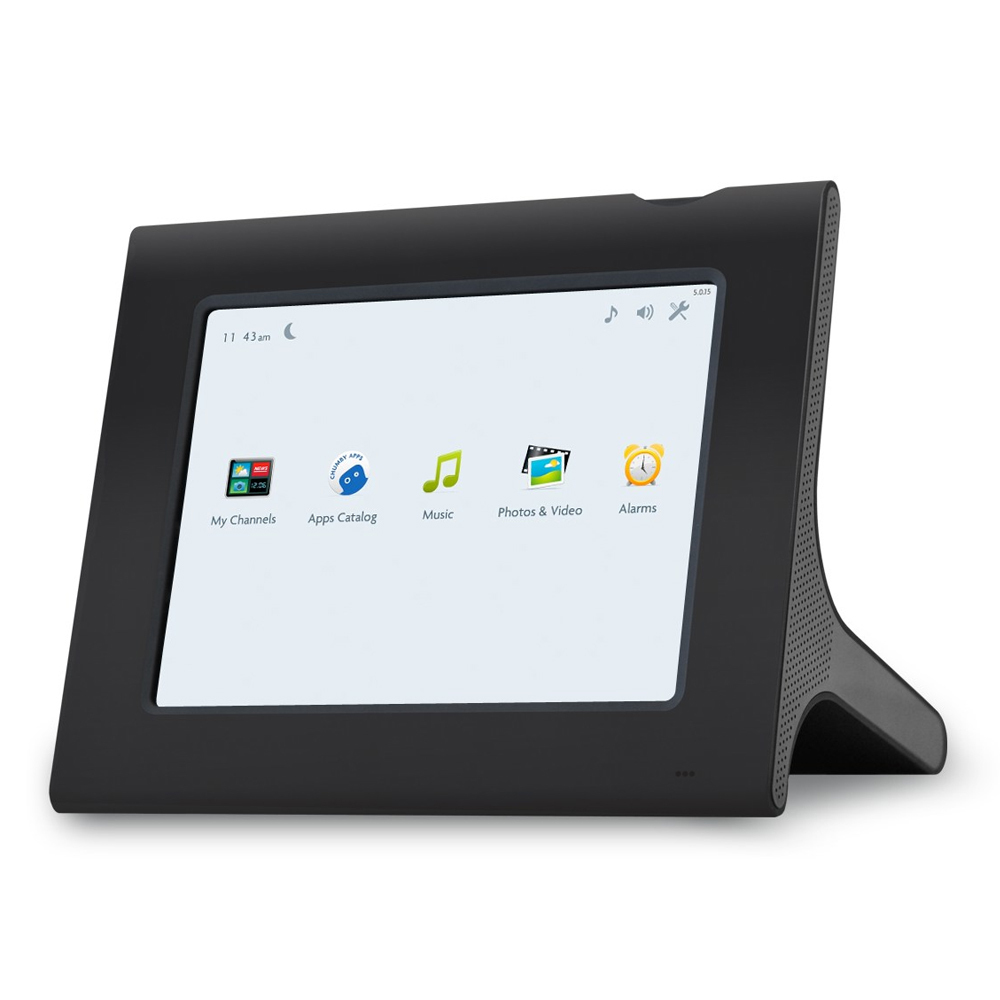 As it always has been with Chumby, the Chumby 8 is a curiosity and a fun toy for the geekiest among us

Is the Chumby 8 a good buy? Well, I think we can all agree that no one needs a Chumby — in fact, it might be one of the most “optional” gadgets you ever purchase. Even Chumby’s own lighthearted marketing seems to fully recognize that. As someone who enjoys having glanceable information throughout his home and office, I think that Chumby’s on the right path with this device: the UI is a huge improvement and the design and form factor allow you to place it nearly anywhere without looking out of place. Unfortunately, $200 is steep for what you’re really getting, particularly in light of the fact that Sony has now slashed its Dash — with better audio quality and a capacitive display — to $100. If Chumby could achieve the economies of scale it needed to turn a profit on the Chumby 8 at $100 and the Chumby One at, say, $50 or $60, I would recommend them to literally everyone I know. For now, though — as it always has been — the Chumby 8 is a curiosity and a fun toy for the geekiest among us.