Will the dual-screen form factor rise above the Android masses?

There’s not much to the Kyocera Echo’s single-screen mode — in this light, it’s just a bulky Android 2.2 phone with a 3.5-inch, 480 x 800 display and a 1GHz QSD8650 Snapdragon processor. It’s snappy, sure, but the competition is fierce in that form factor. No, Kyocera has placed its hopes on standing out with an altogether unique design.


The screens actually stack facing the same direction, instead of sandwiched glass-to-glass. Opening to tablet is an altogether awkward process that involves flipping it open, swiveling the screens to both facing you, and locking it flat side-by-side to a 4.7-inch, 960 x 800 surface. The hinge itself feels decently sturdy, although everyone I showed it to all expressed concerned they'd break it. I've applied a good bit of pressure on a few occasions just to see if it'd bend or show strain-only slightly. You can choose to leave the top screen at a small incline, but then it's not locked in, and I promise you'll be spending most of your time accidentally (or maybe purposely) tapping the back and causing it to swing to and fro.

In this tablet mode, you thankfully still get multi-touch for a majority of apps, most notably Google Maps. You can navigate through the system in either dual-landscape or dual-portrait mode, although it's clear Kyocera intended the former. (It's also just more comfortable to hold as such, with slightly more weight on the bottom.) The physical division between the screens is much more of a nuisance vertically, where it cuts search bars in half and prompts the OS to not only relegate the Swype keyboard in the bottom right quadrant but to also fill the entire top half with the input field. I'm a bit surprised the company didn't lock out dual-portrait mode but for the few useful cases-it's really off-putting and makes the presentation feel somewhat half-baked. 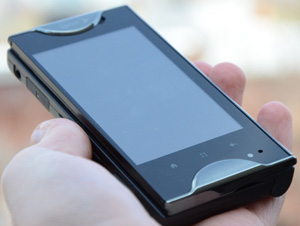 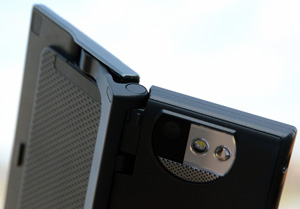 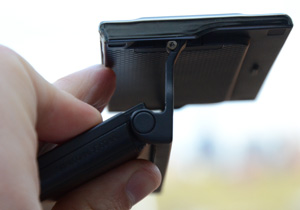 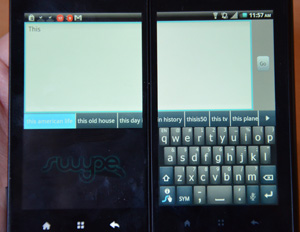 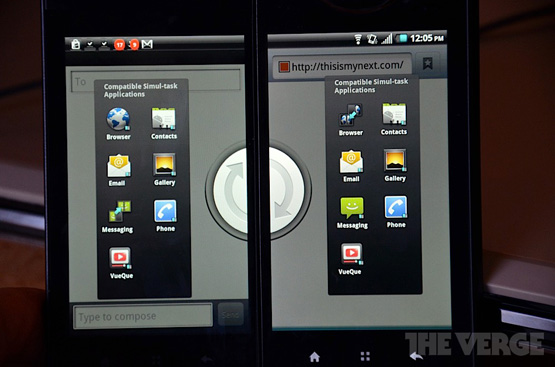 Both Kyocera and Sprint have made it a point in their marketing to heavily push the Echo's "simutasking" capabilities. A handful of apps, denoted by a tiny blue addition to their respective icons, can run in just half the screen while another simultask-friendly app works in the other half. When I first saw the device (with then-Engadget cohort Nilay Patel) back in February, we couldn't get video to run in one screen while toying around with other. Thankfully, that's the not the case here-YouTube portal VueQue continued to play video while I browsed and checked email in the other pane. I even managed to play a second video at the same time via YouTube's web version. The Email app (note: the Gmail app doesn't support simultasking) is smart about leaving the inbox list in one pane while reading the message in the other.

What you lose with simultasking, however, is multitouch capabilities for those apps, which to some amounts to a cardinal sin in a post-2.0 Android world. The reasoning is how simultasking is activated (a single finger press on each screen), but pinch-to-zoom is also disabled when in single screen mode - needless to say, the gallery app is an exercise in futility. To its credit, pinch-to-zoom does work smoothly and in tablet mode for other apps like Google Maps and Opera.

Some polish but still an unrefined experiment

I used the phone for about two days as my main device, just to get a feel for how the battery would hold up. It’s hard to say how most people will use it, but I couldn’t help but pop it to dual-screen every time I wasn’t just checking the time. The Echo lasted throughout the day each time, from morning onward, though barely getting by towards mid-evening. Expect to take that complementary second battery with you, just in case.
If I were to weigh the benefit of the simultasking apps and the novelty of the design against the burden of an awkward hinge mechanism and an uncertain firmware roadmap, the latter is heavier by far. It’s hard to recommend an unrefined experiment in a field crowded with more (and yes, some less) polished fare.