Up until just a few minutes ago, if you fired up your Android browser and paid a visit to music.google.com, you would have been greeted with a new and intriguing message that implies that Google is indeed about to launch a full-fledged music store, as promised:

Get songs from your favorite artists in Android Market, including hundreds of free tracks.

The information apparently appeared by mistake as Google has already removed the references to the store. It appeared as an overlay on top of Google's HTML5 music player, which was developed in part so Google's Music Beta could be used on IOS. In fact we were able to get the message to show up on both Android and iOS. The page appears with two links. The first points to Google's current Music Beta page, where users can upload music to an online storage locker. The second redirects Android users go Google Music on Android Market.

Google's Andy Rubin promised that there would be a "twist" to the upcoming music store, which is rumored to be integration with Google+ for free sharing. The store is expected to launch very soon, which would just so happen to coincide nicely with the upcoming launch of Ice Cream Sandwich on the Galaxy Nexus. 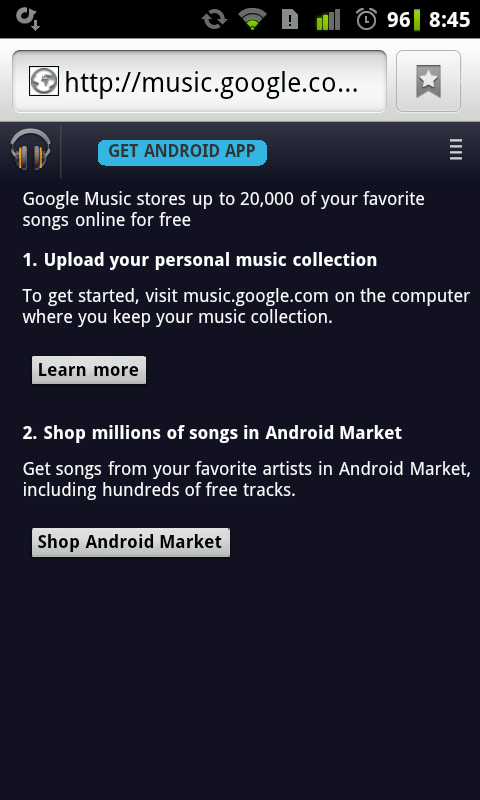 Google Music announced with Google+ integration, many labels on board