Share All sharing options for: Acer Allegro Windows Phone available to Europe in mid-November for €299

Acer's Allegro Windows Phone is coming to Europe in mid-November for the relatively inexpensive price of €299 off-contract, a bit less than the Nokia Lumia 710. A relatively low-end device that appears to be a simple rebranding of the W4, the Allegro will have a 3.6-inch, 480 x 800 screen, 1GHz processor, 5-megapixel camera, and 8GB or storage. It will launch with Windows Phone Mango and come in both dark blue and white colors.

What else is there to say about the Allegro? About as much as we had to say in our hands-on with the Acer W4: It's a plain, straightforward Windows Phone with average-at-best build quality. Mon Windows Phone says that the Allegro's main differentiator will be "Fast Charge," which should recharge the phone 2.5 times faster with a compatible charger. 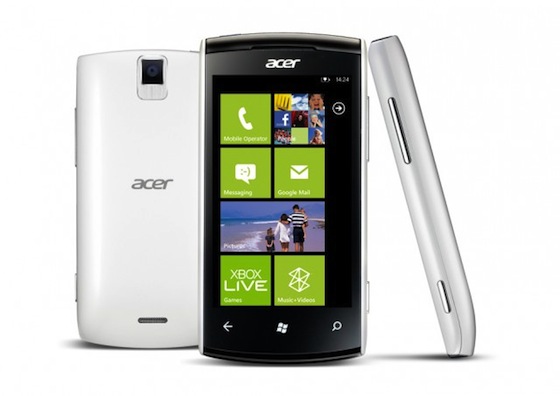