New LG Prada images surface — could this be the K2?

Share All sharing options for: New LG Prada images surface — could this be the K2?

New images have been uncovered of the third handset in LG's Prada line of fashion phones, and in a first for the brand, it's a smartphone. Details are sparse, but images show the front and back of the device — both bearing the Prada logo — with Android, capacitive buttons and a custom browser. The tipster says that this new handset is under 9mm thick, called the Prada P940, and that the design is still being tweaked.

It's possible that, despite the visual changes, P940 is the model number for the Prada K2 — one of the handsets in a supposed LG roadmap leaked to Pocketnow in July. Four years after the original Prada featurephone, and three since its successor, the leak suggests some potential specs: Android 2.3, a 4.3-inch Nova IPS display (similar to the Optimus Black), an 8-megapixel main camera with a 1.3-megapixel webcam up front, 21Mbps HSPA+, and a dual-core processor. Despite all the rumors, there's no official word from LG so it's not yet clear whether we'll see this in the US — it'd be a first for the Prada brand if we do. We'll be on the lookout for more solid details in the coming months. 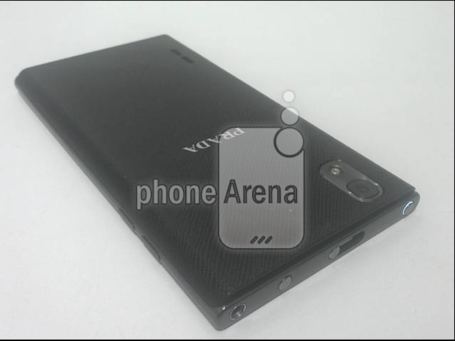