Images of a Motorola smartphone alternately codenamed XT615 and "Butterfly" have appeared on a pair of Chinese sites. Not much is known about the phone, but it does bear a striking resemblance to a render from nearly two years ago, then dubbed the Motorola Shadow. Where that leak featured a sliding QWERTY, what we have here may not have one. The same design language lives on, though, down to what looks like a notably large lanyard loop. It's running Android 2.3.7 and some version of Motorola's "don't-call-it-MotoBlur" skin, but beyond that details are thin on this device. Given Motorola's previous naming schemes, however, we wouldn't be surprised to see the XT615 slot in to the midrange of Motorola's lineup.

One more image below, and hit the source links for several more. Thanks Droidundercover! 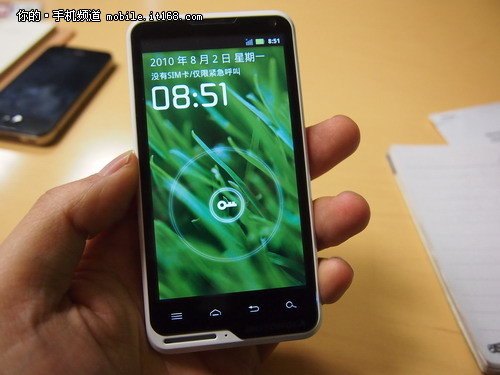