AT&T has a lot of solid Android phones to choose from — is the Samsung Galaxy S II the best of the bunch? And can it compete with the iPhone?

The question every manufacturer of a non-Apple smartphone on AT&T has to answer is “why buy this over an iPhone?” For Samsung and most other Android handset makers, the answer is a big, bright screen, fast speeds, and all the Google integration you could want. Manufacturers are flooding the carrier with similar phones, hoping to catch buyers’ eyes with something. Samsung’s original Galaxy S was one of AT&T’s best smartphones, and managed to attract a lot of buyers — and now the Galaxy S II ($199.99 with contract) is here. It’s got a big, 4.3-inch screen, connects to AT&T’s HSPA+ network, and has a super-fast Samsung processor. But is that enough to compete with the iPhone? Is it enough to be the best Android phone on AT&T, or even Samsung’s best? Read on to find out.

(Much of this review is borrowed from our review of the Galaxy S II for T-Mobile since the two phones are extremely similar. We’ve highlighted some of the similarities and differences in each of the reviews.)

One of the best things about the Galaxy S II is that with such a big, bright screen, the relatively small bezels disappear, making the GSII feel like the infinity pool of phones. It’s tall and wide at 4.96 x 2.60 inches, but only 0.35 inches (8.9mm) deep, which makes it feel much smaller. The capacitive Android buttons are nicely spaced out, and though they could stand to be slightly more sensitive they work fine. Of course, we always prefer physical buttons, but those are rarely found on current smartphones.

The phone has a roughly textured matte back that’s nice to look at and easy to hold; it’s also not nearly as fingerprint-prone as the glossy-back smartphones out there. It’s plastic, and feels a bit cheap, but it’s surprisingly durable. The 3.5mm headphone jack is on top and the micro USB port on the bottom, which in my mind is where they both should be. The power button is on the right side of the phone, which I like because it’s easier to reach when using the phone in one hand, but I always have to show people where to find it the first time.

Samsung’s phones are always well-made, but rarely do they feel industrial or high-end. The Galaxy S II is certainly of better build quality than the original Galaxy S, and it in no way feels poorly put together, but it’s doesn’t feel quite as solid as say, an iPhone 4. The AT&T model in particular feels as if you could snap it in half without much effort, and though I never tested that theory it’s not a great thing to think about your phone. 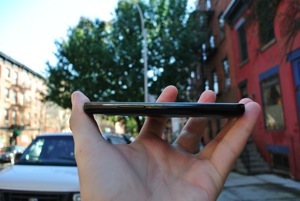 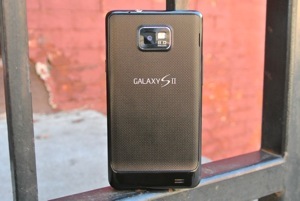 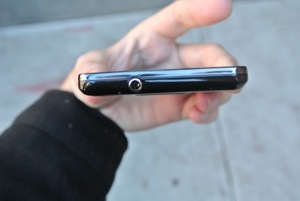 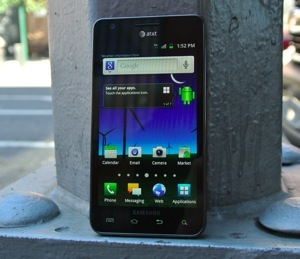 The Galaxy S II’s 4.3-inch display is gorgeous. The Super AMOLED Plus screen is bright, vivid, and has near-180-degree viewing angles — though there’s significant blue discoloration as soon as you get off-center. It's not quite as massive as the 4.5-inch screen on the Samsung Infuse 4G, but I think it's a slightly more comfortable size; the Infuse might even be too big. It does suffer in direct sunlight, but anyone who owns a big-screened phone has probably already perfected the art of the hand-sun-shield. The screen’s resolution just doesn’t cut it, though: 800 x 480 isn’t nearly enough to make what’s on the screen look its best, and though it’s slightly less pronounced than on the T-Mobile Galaxy S II because the screen is a bit smaller, it’s still a big problem.

We expect qHD resolutions on high-end phones phones now, and we’re even seeing 1280 x 720 screens like on the Galaxy Nexus — WVGA just doesn’t cut it anymore, especially on a screen this large. As I used the phone, I couldn’t help but think I’d enabled some zoom setting that made everything look just a little bit larger than it ought to, and text often looked slightly blurry. Next to phones like the Droid X2 or AT&T’s own Motorola Atrix 2, the GSII’s display doesn’t hold up. 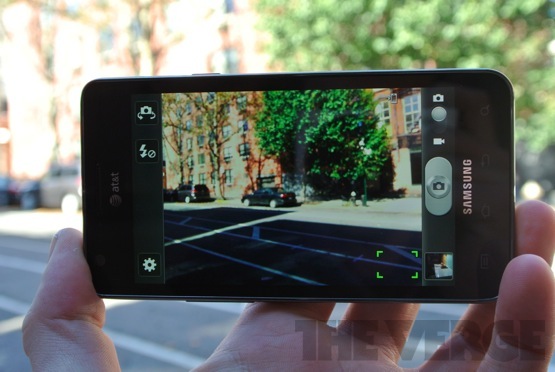 Of the biggest and best upgrades from the Galaxy S to the GSII is the camera: it’s been bumped up from 5 to 8 megapixels, and it certainly shows in the pictures. The significant shutter lag means you can’t drop your point-and-shoot and use this exclusively, but as long as there’s not any fast-moving action, it takes clear, accurate photos, most of which are hard to believe came from a phone; if you zoom in to their full size, they’re soft, but at normal sizes they’re totally usable. The Camera app is simple and easy to navigate, much more so than any of the other Android camera apps I’ve used; everything is easy to find, but isn’t cluttering the screen when you’re trying to take photos. The tap-to-focus feature, which is in my mind the phone’s biggest advantage over a point-and-shoot, works well and works very quickly. The 2-megapixel front-facing camera is unsurprisingly unimpressive, but it’s certainly sufficient for video chat or, as the Verge team calls it, the "is my hair okay?" check.

Similarly, video quality was solid. The Galaxy S II shoots video at 1080p, though it’s not the most impressive video I’ve seen. Anything moving quickly came out blurry, but the camera has surprisingly fast autofocus while recording video. It can also shoot at a variety of lower resolutions too, so you can get the optimal quality / file size ratio from your videos. I preferred shooting at 720p, which felt faster and a little smoother than 1080p. 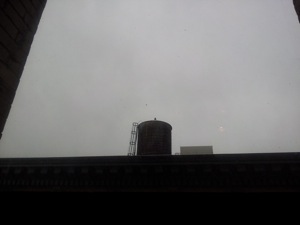 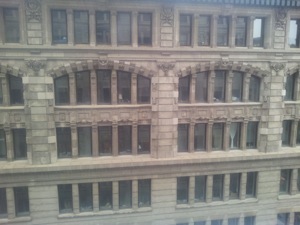 The biggest difference between the Galaxy S II’s AT&T, T-Mobile and Sprint models is something you won’t see, and as it turns out probably won’t notice: the processor. The AT&T variant runs Samsung’s own 1.2GHz Exynos dual-core CPU, the same you’ll get on Sprint but different from the Snapdragon inside the T-Mobile version. In using the phones, there’s no real difference between the options: it’s not blink-and-you’ll-miss-it fast, you certainly won’t find yourself waiting for your phone very often. Even the slightest delay will be obvious as you’re typing or launching apps, and I almost never had an issue with either. The one place where there’s an occasional speed issue is with going home when an app is open — once in a while I’d hit the home button, and it would take a half-second to close the app, by which time my impatient self had already hit the home button again and accidentally launched the Vlingo-powered voice control app. Overall, though, the device is pleasingly fast, and extremely responsive to taps and swipes. Some basic benchmark tests showed that the Exynos is every bit as fast as I thought: I consistently got Quadrant scores at 3,400 or higher, which is among the fastest we’ve seen on a cell phone.

AT&T likes to talk about its 4G network, with its 4G phones and 4G speeds. AT&T is lying. By no stretch of the imagination is AT&T’s HSPA+ network a 4G network — AT&T does have a real 4G LTE network, but it’s only in a very few test markets, and this phone won’t support LTE anyway. With full coverage in midtown Manhattan, I averaged about 1.2 Mbps down, and 125 Kbps up; those are solid 3G numbers, but no one would mistake them for 4G. If fast data speeds are what you want from AT&T, you’ll want to wait and buy an LTE phone.

Fortunately, slower speeds mean longer battery life for AT&T’s Galaxy S II than I got on T-Mobile or Sprint. I could get a full day of "regular" use out of the phone, making a few phone calls, browsing and sending emails on a mix of Wi-Fi and HSPA+, without the phone threatening to die. After a day and a night, though, the phone was nearly always dead or dying in the morning.

Call quality was generally solid. I sounded very clear to people on the other end of the phone, and they sounded clear to me without much background noise or distortion. Neither side was overly loud, and I definitely tried to jam the phone into my earlobe to hear callers better a couple of times, but I’ll take clarity over room-filling sound any day. The noise cancellation mic on top also made a big difference when I was on the street or in a room with others. The speakerphone, however, was a bit of a disaster: callers could pinpoint the second I put them on speaker, and told me it sounded as if I’d fallen in a well. The speakerphone wasn’t very loud at all on my end, but the sound quality was good. 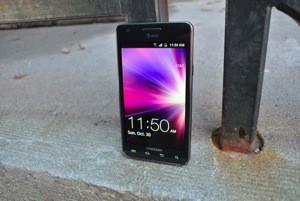 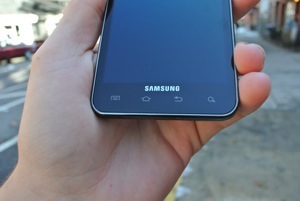 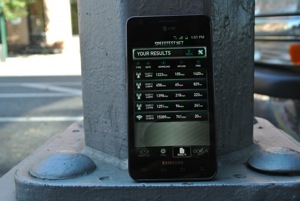 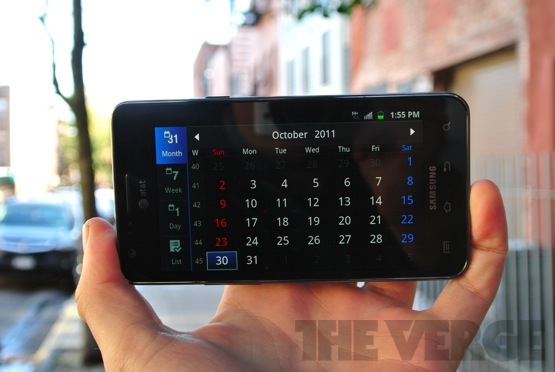 The TouchWiz Android 2.3 skin is pretty much a known quantity at this point — Samsung has changed every screen it could get its hands on, and while most of them fall into the "pointless change but I don’t really care" category (like paginating the app drawer rather than have it be a scrolling list), there are a few nice touches like a power manager in the notification window. I also like Samsung’s changes to the Android keyboard, and that it pre-installs Swype. (I don’t use Swype, but I know plenty of people who swear by it.) In general, I don’t care for the general TouchWiz aesthetic, which is heavy on the gray-on-black theme, but that’s a purely personal choice.

AT&T seems to have exercised some bloatware restraint on the Galaxy S II. I say "some" because there are still plenty of AT&T-branded apps like AT&T Code Scanner, My AT&T, and AT&T Navigator, most of which are just worse versions of third-party apps. Then there’s Featured Apps, which is an AT&T-curated Android Market and really has no reason to exist. Samsung adds its fair share of apps too, like Media Hub and AllShare, plus a bunch of third-party apps like Facebook, Words with Friends and the Yellow Pages (which is apparently still a thing). Bloatware’s a sad reality with most Android phones, and the Galaxy S II isn’t the worst offender nor are its choices the most egregious. Unfortunately missing is an app that uses the NFC chip inside the handset, but there’s none to be found. 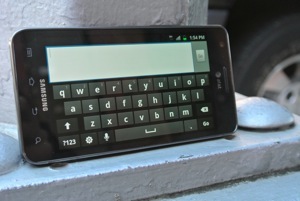 The Galaxy S II is a very good phone, but it doesn't separate itself from the rest of AT&T's smartphone lineup

The Galaxy S II is a worthy upgrade to the original Galaxy S — it’s light, thin, and despite feeling a little chintzy is a very good-looking phone. It works well, though calling AT&T’s HSPA+ network “4G” remains a cruel, cruel joke — we’re holding out for LTE. Thanks to the dual-core processor and upgraded version of Android, I’d recommend the Galaxy S II over the Infuse 4G without reservation, but when you can buy the Atrix for $100 less or the iPhone 4S for the same price, it’s hard to make the case for the GSII as the phone to buy on AT&T.