It's pretty safe to say that the long-rumored HTC Vigor is going to in fact be called the Rezound, and that it's headed to Verizon very, very soon. A Droid-Life reader spotted the sign below at a local Verizon store, and while it doesn't detail the full specs of the phone, it reveals the deep Beats branding (with the red glowing soft keys and the earbuds) and LTE speeds. Nothing denoting the 720p display and dual-core Qualcomm Adreno 220 processor are shown in the picture, but something tells us we'll be hearing about those at HTC's event later this week. Check out everything we know so far about the Rezound in the database. 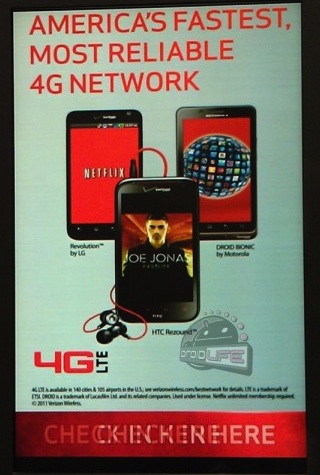