Google announced earlier this month that Reader would be getting a full redesign and Google+ integration, and according to Google software engineer Alan Greene's post, it's time. The new design will roll out to all users by the end of the day, and all current friending, following, sharing, and commenting features will be disabled in favor of Google+ integration. Greene also notes the decision to retire Reader's sharing features wasn't "made lightly," but should create a "better experience across" all of Google's services. An updated version of the Android app is also coming soon.

We've seen unhappy rumblings from Washington D.C. to Iran about these planned changes to Reader, largely over the shuttering of sharing features that have been in place for years. A hardcore group of self-described "sharebros" has even been building their own alternative reader. With Google introducing these changes with language like "if you decide to stay" that hardly exhibits confidence, the next few weeks could be a bumpy ride. 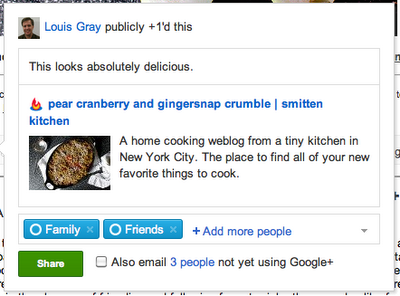 More from this stream Requiem for Google Reader: an RSS behemoth shuts down