iPhone 4S vs. iPhone 4 vs. Samsung Galaxy S II: by the numbers

iPhone 4S vs. iPhone 4 vs. Samsung Galaxy S II: by the numbers

Clearly, it looks identical to last year's model - but the iPhone 4S' features and specs are all about details. On top of exclusive support for Apple's new Siri "intelligent assistant" and dictation system, the 4S comes in a new 64GB flavor and ups the camera to include an 8-megapixel sensor with improved low-light performance and 1080p video capture. For CDMA users, the support for GSM global roaming should be a pretty big deal, too. For comparison, we've thrown in one of the hottest (and best) Android handsets on the market right now, the Samsung Galaxy S II.

Is it enough to upgrade? And for non-iPhone users, are the new goodies enough to push you over the edge? 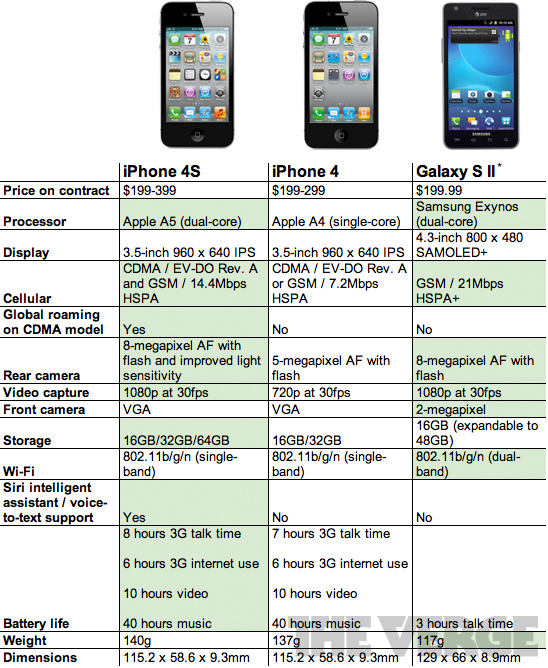 *AT&T version of the Samsung Galaxy S II used for comparison; some specifications vary by model.