Inside the Nest: iPod creator Tony Fadell wants to reinvent the thermostat

Share All sharing options for: Inside the Nest: iPod creator Tony Fadell wants to reinvent the thermostat

Tony Fadell is fired up the first time I meet him.

The man who created the iPod and guided the first three iPhones through production has come to the Verge offices to show us his newest product, and though we’re just sitting in our modest conference room, he’s building up an introduction worthy of Steve Jobs himself: there’s scorn for an existing broken market and examples of laughable competitive products, all while my eyes are drawn to whatever is under the black cover on the large wooden box he’s set on the table. Finally, he stops and removes the cover with the same obvious delight he must have felt when Jobs introduced the first iPod, almost exactly 10 years ago.

He is showing me a thermostat.

It’s called the Nest Learning Thermostat, and on the outside it looks utterly familiar apart from its brushed metal shell: it’s just a round silver dial with a color LCD display in the center that mostly just displays the temperature in large, friendly numbers. Like any other thermostat, you set it just by turning the dial, and the display turns red or blue to indicate whether it’s heating or cooling, with an estimate of how long it’ll take to hit your desired temperature. A green leaf appears on the display when you’ve set it to an optimal energy usage setting; the idea is to make users "search for the leaf" and thereby save more energy. It is a deceptively simple product.

What you don’t see are the two motion sensors, temperature sensor, and the Wi-Fi connection that tells the Nest what the outside weather is like. The more you adjust the dial and simply live in your house, the more the Nest learns about your preferences and schedule, and the more it programs itself to properly control your heating and cooling — and the more energy you save.

Fadell smiles as he explains all this. "Other thermostats suck," he says. 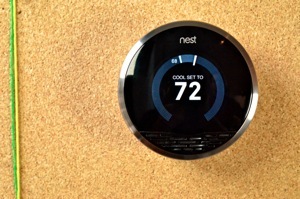 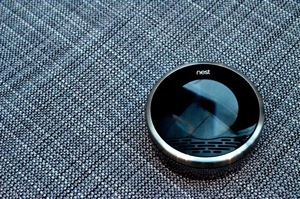 To understand why Tony Fadell is building the world’s most high-tech thermostat with a team that includes several former iPod and iPhone engineers and an artificial intelligence researcher who’s won a MacArthur Genius Grant award, you have to imagine that you’re him: flush with cash after nine years leading mobile devices at Apple, and wandering the world with your family. You’ve just spent six months in Paris on a whim. You’re building an ultra-green home in Lake Tahoe, with a $15,000 heating and cooling system. When your architect shows you the archaic $350 thermostats that control the system, you’re not only genuinely offended by their lack of innovation, but you have the ability, time, and means to make your own.

The amazing thing about Tony is that he tells this story as though it’s the most natural thing in the world — as though anyone faced with a similar set of circumstances would immediately start trying to build a thermostat. Actually, that’s not the amazing thing. The amazing thing is that after a while you start to believe him.

"Most thermostats are built by plumbing companies," Fadell tells me. "But you really need to understand how to build a phone to make them better." His pitch to Nest co-founder Matt Rogers and their other team members was simple: a breakdown of how much energy a thermostat controls (50 percent in a typical home), the size of the potential market (150 million residential thermostats in the US alone, and another 100 million commercial units) and how much technology would be needed to make an impact (lots). "In a span of 25 to 30 seconds people are like ‘how couldn’t I do this?’" It’s 20 minutes into our meeting and now I’m fired up about thermostats too. Let’s change the world, one leaf icon at a time. 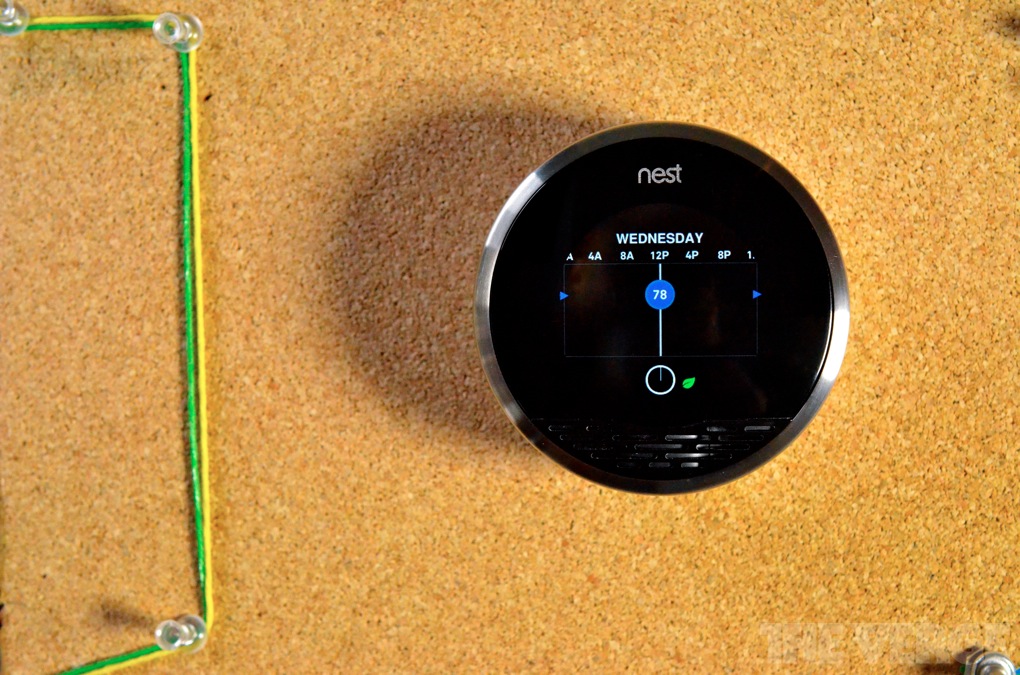 Everyone in the office who sees the Nest thermostat wants one immediately, even though most of us don’t have thermostats in our tiny New York apartments. Part of the appeal is that the device looks not only futuristic, but also familiar — just like the old-fashioned thermostats most of us grew up with.

Fadell’s not buying the connection. "I don’t think it looks like a thermostat. I think it has a beautiful form for its function." Fadell also bristles a little when I note the similarities between the iPod’s legendary scroll wheel and the Nest’s control dial. "I think there’s a lot of symbology around it, but frankly, if it was best for us to have made a zig-zig, we would have a zig-zig product." But there’s still some relation: Fadell tells me later that the Nest’s circular keyboard used for entering Wi-Fi passwords is related to an early rejected design for the iPhone.

Tony’s stock answer about the Nest’s internals is that it’s "basically an iPod touch inside," but apart from confirming that it runs Linux and running down the sensors and connectivity, he won’t reveal any detailed specs — a very Apple move. But it’s clear that the Nest team has gone to great lengths to make hardware and software bend to the demands of their vision; Fadell just laughs and shakes his head knowingly when I ask if it was difficult to source a circular LCD, which rarely appear on mass-market products. It’s also clear that there’s a lot of serious hardware engineering involved in the Nest: the thermostat can charge its battery off the voltage in standard HVAC control wires, while other smart thermostats require a dedicated power line or an external power brick. "Our competitors can’t make low-power devices," says Fadell.

There are other Apple-esque touches all over the Nest: although Best Buy will offer Geek Squad installation of the $250 device when it goes on sale, it’s designed for easy DIY installation and comes with a beautiful interchangeable-tip screwdriver. The mounting plate has a built-in level for quick adjustments. The exterior is coated in a reflective finish that lets it blend into any wall color. It all seems a little precious for a thermostat, but that's sort of the whole idea. 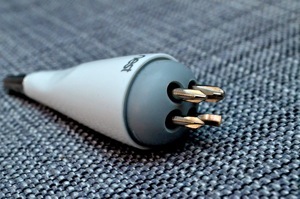 Unlike most other energy-related green products, all the intelligence is contained in the Nest itself — your actual heating and cooling system remains as dumb as ever, and Nest can work with systems of almost every type. Tony says achieving broad compatibility was a challenge: "There’s no standard interface, like USB or Firewire. These systems can be 50 years old."

Keeping the rest of the system dumb has its advantages. Thermostats are basically light switches — they switch on the heater or the air conditioner, and turn them off when the room hits the desired temperature. But according to Tony, "there are a lot of nuances to how you turn things on and off." Thanks to its motion sensors, the Nest knows to shut down your system when you’ve left the house, and to fire it up again when you come home. After about a week of adjusting it and learning your activity, it’ll understand your basic schedule and refine it with additional data over time. You can also adjust the Nest remotely using a web portal or iOS and Android apps — it uses custom real-time protocol to communicate with the Nest servers and make changes instantly.

It’s all very impressive for a single $250 control device that promises to save you a big chunk of energy, but it’s also easy to see how even more savings could be realized by adding intelligence across the entire system. And then you realize that Fadell’s been down this road before — he guided the iPod’s development from a simple music playback device into the world’s most dominant music and video delivery platform, and then he did it again with the iPhone and apps. 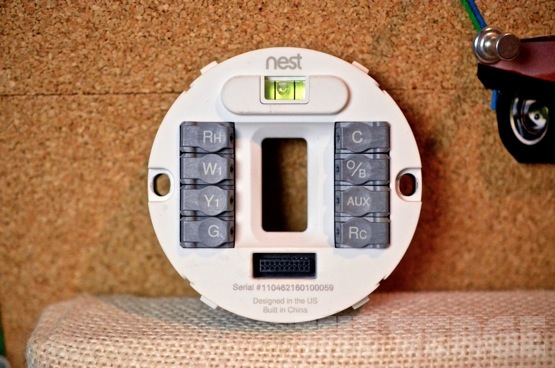 That history is on my mind the second time I meet with Tony, this time at the Gansevoort Park Avenue in New York so we can shoot photos and video. He’s somber as we chat about Steve Jobs, who has recently passed away. "If it wasn’t for Steve my wife and I would have never met. We met at Apple, we met because of Steve. He showed up on our first date." Tony’s been out of Apple for two years now, but it’s clear the loss has affected him. "He was a very very human person."

I ask him about the iPod, and how it grew into Apple’s empire of digital devices. Tony insists that there was no premeditation. "It was one foot in front of the other... We were finding our way as we went. There was no grand master plan. But to make fast iterations you had to build on a platform that you weren’t throwing away all the time." As each subsequent generation of chips matured, Tony and his team added features to the iPod: first photos and a color screen, and then video.

The obvious followup question is whether Nest might someday become a home-control platform as ubiquitous and powerful as the iPhone, and Fadell doesn’t shy away from the implication, even though he knows he won’t be selling people a new version of their thermostat every year, and Nest doesn’t currently integrate with popular home-automation systems like Control4. "There’s not just other hardware products, but there are services. The iPhone is new because you have new applications and new ways of doing things. It’s not just hardware upgrades all the time. There could be software and services that keep the product alive and evergreen for you."

One set of planned service updates sounds particularly intriguing; since Nest is already tracking how much energy you’re using (and saving), it’s just a quick hop to letting you share that information with other people — and compete with them. Social networking to save the earth. 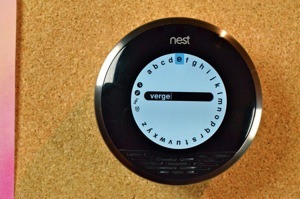 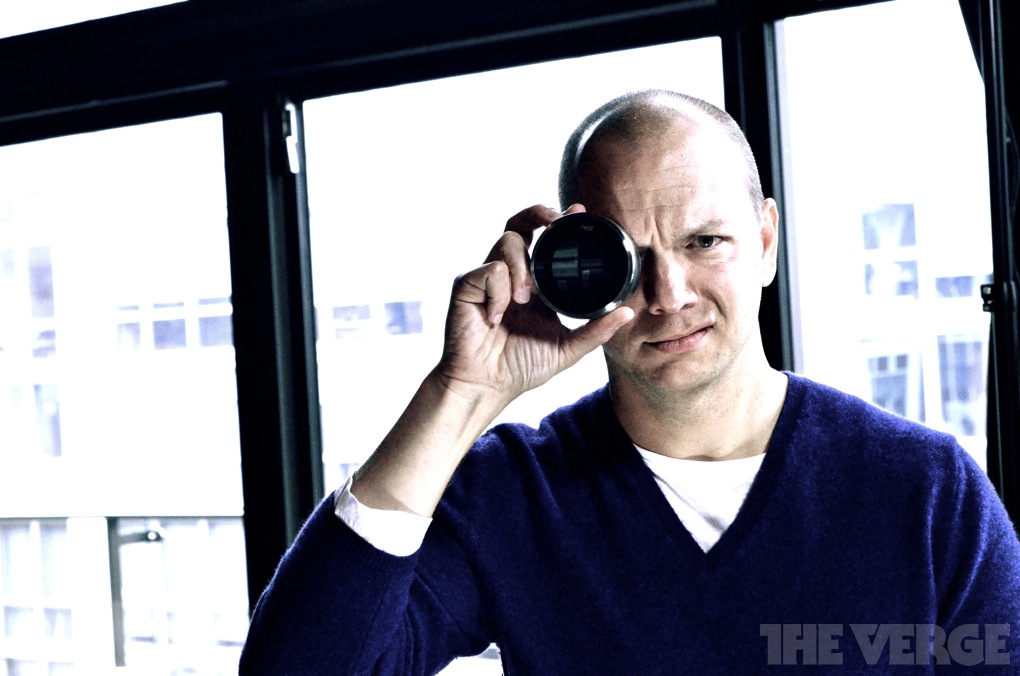 That’s not to say that Nest won’t be introducing new products over time, but Fadell is passionate when he talks about remaining focused. "The problem with Silicon Valley is that you all want to impress your friends — you want to make the next thing and revolutionize it. But you have to make a strong business." Fadell looks out at the Manhattan skyline and says that he always wanted to be an architect; that buildings stay beautiful forever but digital devices are quickly obsolete. "You look at hardware or software five years later? They’re crap. You would never use them again. People use architecture all the time."

His voice rises. "What is our form of architecture? What is the thing that lasts of beauty? That’s the business. We want to make multiple products that all relate together, so that the business is there to continually drive innovation. It’s not just ‘hey, we took the hill, let’s go find another hill.’ And then this dies."

It’s exactly what you’d expect to hear from someone who spent nine years working beside Steve Jobs — that it’s not only the products that are important, but how you build and run your company. And Fadell seems intent on using his experience and expertise to build something that will both make an immediate difference and survive the test of time. "It’s nice to have music everywhere and movies everywhere, but it’s not exactly helping to save the world."

He smiles. "Sure, we could make another cellphone, but competing with Apple would be hell on earth. Let’s go after big, dumb, slow companies."

Uber is shutting down its free loyalty program later this year

The DCEU has become a crisis of Warner Bros.’ own making