One by one the victims of HP's decision to stop development of webOS devices are seeing the light of day. This time HP's 7-inch TouchPad Go tablet has surfaced, thanks to the Chinese site Palmjoy. They've posted a detailed analysis of the canceled tablet, and they've offered some specs as well. As we reported in September, the tablet indeed has a 1024 x 768 7-inch display, 1.5GHz APQ8060 Snapdragon processor, and front and rear cameras. Those specs are very similar to its big brother, the original TouchPad, with the exception of the newly added rear camera that comes in at 5 megapixels.The front camera retains its 1.3-megapixel sensor, and apparently there are 3G WWAN, GPS, and Bluetooth radios on board, just as the FCC filings from August suggested. Externally, the tablet appears to be designed primarily for landscape use, and the back does away with the TouchPad's glossy casing, opting for matte instead. There's an abundance of photos and analysis (if you don't mind working through Google's rough translation) at the source link, so take a good long look if you'd like — we don't know if we'll be seeing this little guy ever again. 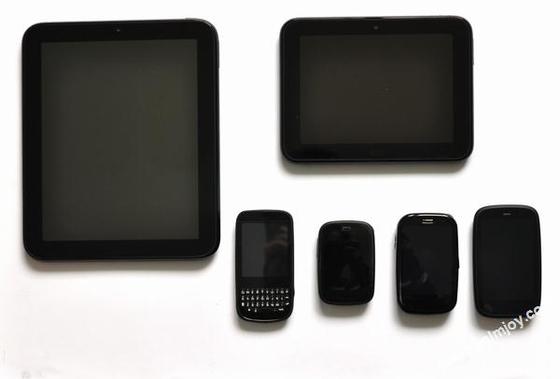