In case you've been living under a rock (and you haven't crafted yourself a pick to escape!), the perpetually-in-beta Minecraft is being released in a "final" 1.0 form for the desktop this Friday. But that's not all! Minecraft - Pocket Edition, the mobile version of the game, which omits some features but attempts to capture the spirit of the block-based, build-anything game, is now available for iOS. It's a rolling release, based on the International Date Line, so have a bit of patience, but before long you should be able to enter a world of unlimited possibilities from the comfort of your iPhone or iPad. Android users, of course, have been experiencing this freedom for a while now — the game initially came to mobile as a flagship title for the Xperia Play. 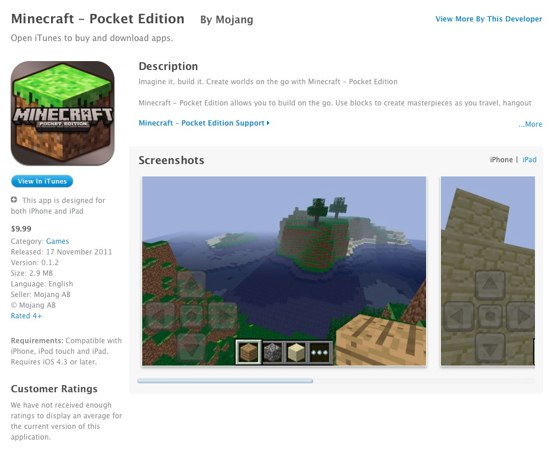