When we heard about the Legend of Zelda: Ocarina of Time 3DS bundle a couple of weeks ago, more than a few of you were dismayed by the Europe-only release date. Good news everyone: the bundle looks to be coming to the US very soon, with both Best Buy and GameStop rumored to be preparing to sell the console. There's no official word from Nintendo or either retailer on this yet, but both of the stores' Black Friday ads show the package fairly prominently, and Kotaku is claiming to have received confirmation from Best Buy staff.

The bundle contains a specially customized version of the 3DS, with a gold Zelda inspired design on top, golden accents on all of the buttons, and a heart-shaped charging light on the front of the console. It also ships with a copy of the game, and a gold and black sleeve to keep your new pride and joy safe. The price looks to be set at $199.99, ($179.99 on a deal at Best Buy) and we'll let you know when we hear anything official. 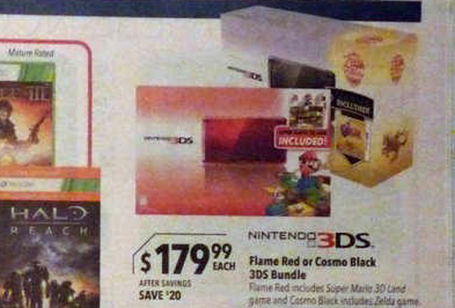 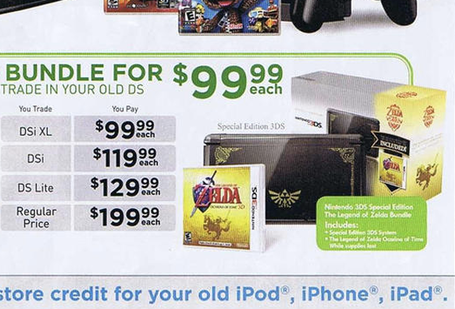