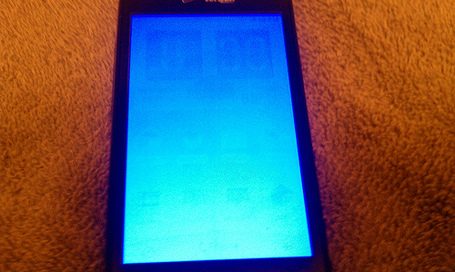 Yes AMOLED looks fantastic. The colours, the blacks. It may not be realistic but it's nice. But no one ever mentions the issues of AMOLED and burn-in. I've had personal bad experience with my Omnia 7: I only had it for 4 months and noticed that the little Windows Phone menu circles were burned into the display so I sold it and moved on, swearing never to return to AMOLED.

This issue is known. There are many forums online with people discussing having burn-in with stories and photos to back it up. I once read that someone had their ex-girlfriends name burned into their screen because they used to message them so much.

So why isn't this ever touched on as a negative point (or even mentioned) from reviewers/bloggers? You are supposed to own these phones for 2-3 years. I think it's important that people know before the market gets totally saturated with AMOLED phones and there will no longer be a choice.

Have you had any burn-in issues in the past? Do you think it is a problem? Am I just being too picky? Who knows. Post your thoughts below.