Time Warner Cable has launched its first app for Android tablets, but live streaming TV will not be included until Ice Cream Sandwich is rolled out.

Time Warner Cable has made good on its promise to Android users — an app optimized for Honeycomb tablets is now available in the Android Market. While this app does offer a program guide and on-the-go DVR management, it is missing a major feature: there's no live TV streaming, unlike Time Warner's iPad app. Time Warner admitted this would be missing when it announced the app a few weeks ago, but it's still a letdown considering iPad owners have been able to stream live TV since March. As for when Android users might get this feature, Time Warner only says it will come sometime after Ice Cream Sandwich lands on tablets, which Time Warner seems to think will happen in the first few months of 2012. Still, the Android 4.0 source code is already out, so we hope Time Warner isn't just stalling. 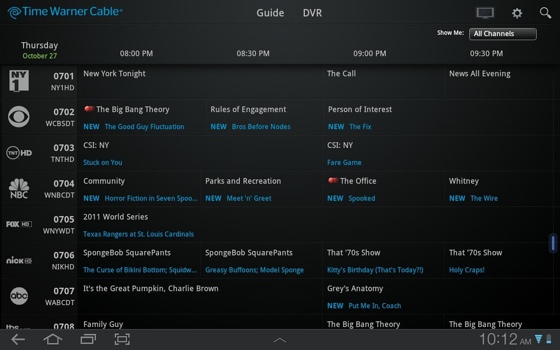