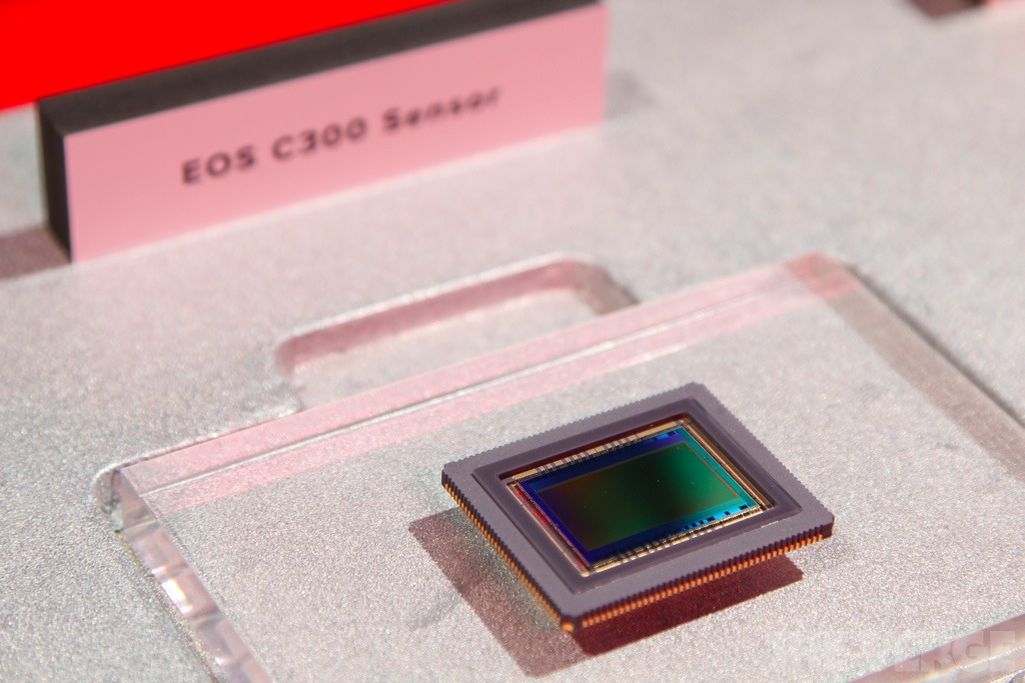 Yesterday, Canon introduced the EOS C300, a $20,000 camera that shoots at 1080p. Mere hours later, RED announced the Scarlet X, which captures 4K footage — far larger — for just $9,750. Now, if we were to pretend that price and resolution were the only important factors in a camera, we'd be doing something rather silly. Still, it does make you wonder: why 1080p? We spoke to Canon technical advisor Chuck Westfall at the company's Paramount Studios unveiling yesterday evening, and he told us that 1080p was a complex function of the professional market that Canon is addressing.

The Cinema EOS C300 project began two and a half years ago, Westfall said, shortly after the launch of Canon's 5D Mark II, the DSLR which famously attracted the interest of cinematographers and generated a lot of feedback from the Hollywood community. "That gave us a lot of incentive to keep going and developing something that was more appropriate for their needs," he said, "but we realized right away that instead of trying to modify a still camera for motion, it made sense to create a purpose-built camera." So, the form factor of the C300 was designed with Hollywood workflows, rigs and accessories in mind, and Canon also decided to go with the Super 35mm sensor size. 1080p was a decision — "We wanted to address the needs of the 1080p market" — but also a limitation of that sensor, in a manner of speaking. "Coming from the gigantic environment of film capture which is based on Super 35, it made more sense for us to start off with an image sensor that matched that, and then when we tried to get the most image quality out of that sensor size, 1080p came through." We also have to wonder if Canon's software workflow might have something to do with it. It didn't come up during our conversation, but the C300 shares battery packs, accessories, viewfinders and even its processor with the company's XF-series camcorders, which also happen to shoot 50Mbps 4:2:2 video at 1080p resolution using Canon's MPEG-2 codec.

Technically speaking, the EOS C300's sensor is 4K. With a 4206 x 2340 grid of pixels, each one a sizable 6.4μm square, the sensor is smaller but has the same pixel pitch as the 5D Mark II. Like many recent video cameras, it doesn't display every pixel on the final frame, but the C300 also combines lines of pixels instead of skipping over some of them. It combines four individually colored pixels to produce one RGB pixel, enhancing colors and reducing moire at the same time — a technique also employed on the new EOS-1D X. Speaking of the 1D X, Westfall said that though it too caters to some video professionals' needs, the larger, higher ISO sensor on the DSLR body wouldn't make for better results. "It's quite clear that there's much less noise here than even on the 1D X. When we get up to those high sensitivities, it's pretty good, but the EOS C300 is clearly the superior piece," he told us. 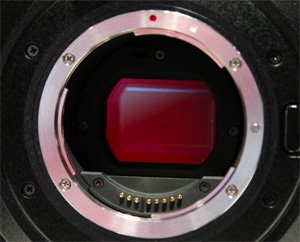 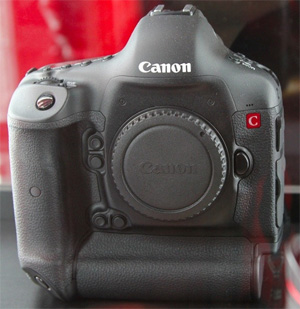 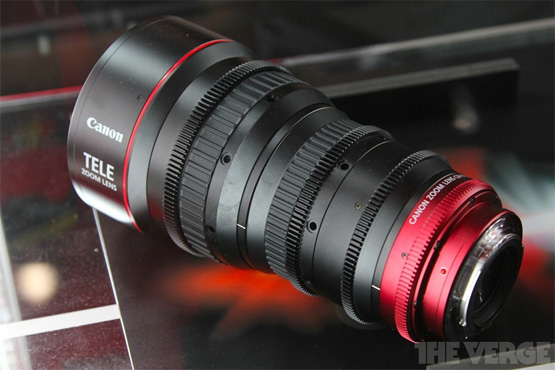 Even if movies are being produced primarily for 1080p screens now, there's one clear argument for higher resolution: if or when the industry shifts towards 4K, movies shot on 1080p cameras will be left in the dust, without the ability to transfer higher-quality prints like the industry does with film. "This is not going to be the single camera that kills all others," Westfall admitted, "but it's a new tool that addresses the 1080p concept in a much, much different way from everything that's on the market now." When Canon talks about "killing other cameras," it's not necessarily talking about competitors like RED, though. When the company announced a series of Cinema EOS lenses to accompany the C300, the word "4K" appeared four times in the press release, and there'll be a bona fide 4K camera to go with them soon. There was a 4K prototype DSLR under glass at the event, lurking in an EOS-1D X case.

Westfall told us that Canon's hoping to bring it to market within the next twelve months. We can hardly wait.