Boot to Gecko is a mobile OS being tested by Mozilla that will allow developers to build web apps as powerful as native apps in iOS, Android, and Windows Phone.

Share All sharing options for: Boot to Gecko open web-based mobile OS being tested by Mozilla

With Firefox only available for Android and Maemo, Mozilla hasn't made many inroads on the mobile front, but that doesn't mean it's sitting still. The open source organization has been working on a project called Boot to Gecko, or B2G, with the goal of building a standalone OS allowing web developers to build apps that are equal "in every way" to native apps built for iOS, Android, or Windows Phone. To that end, B2G is creating new web APIs that safely expose capabilities like the phone, camera, Bluetooth, and SMS to web pages and applications. The goal is to boot the OS on an Android-compatible device, as well as port or build new apps.

While the project may sound like Chrome OS at first, there are two main differences: it's aimed for mobile phones and tablets rather than notebooks, and it's not only for "high level" apps like word processors. A Tegra 2 device will likely be selected as initial hardware, although B2G is eventually expected to work on the majority of devices that support modern Android versions. The B2G roadmap indicates that the team's on schedule to deliver a developer phone in Q4 2011, with a product demo scheduled for Q1 2012. Check out some UI mock-ups below. 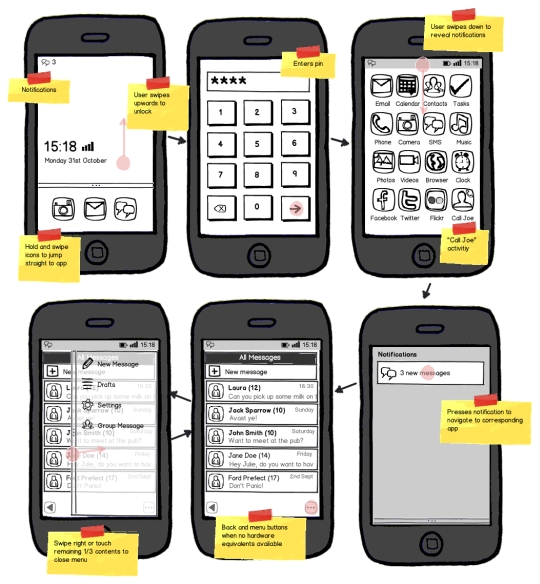