LTE Galaxy Nexus, Galaxy Tab coming to US Cellular in 2012?

LTE Galaxy Nexus, Galaxy Tab coming to US Cellular in 2012?

According to a Phandroid tipster, US Cellular will be carrying the Samsung Galaxy Nexus and Galaxy Tab 10.1 starting in 2012

Small-time carriers haven't typically gotten big-time devices (except for a couple of coups), but if a Phandroid tipster is to be believed, that's about to change — US Cellular appears to be getting the Samsung Galaxy Nexus and Galaxy Tab 10.1 in 2012. The information comes from a leaked internal document, which show the unmistakeable back of the Galaxy Tab 10.1 next to a blank, faceless device that looks to be the button-free Galaxy Nexus. The leaked document also mentions US Cellular's 4G network, which is currently ready to go but has no phones that support it yet — the two Samsung devices, along with an also-pictured modem and hotspot, will apparently be rectifying that. With two new flagship devices and a new 4G network, 2012 is shaping up to be a big year for US Cellular. 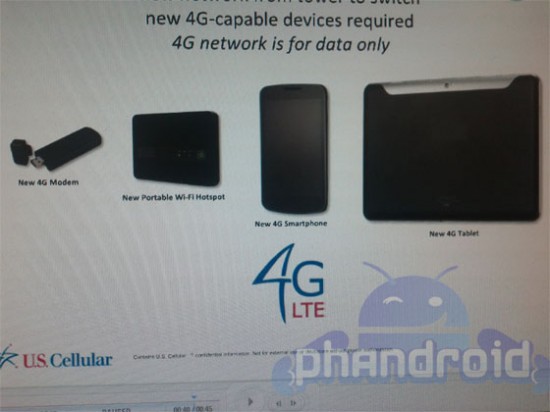